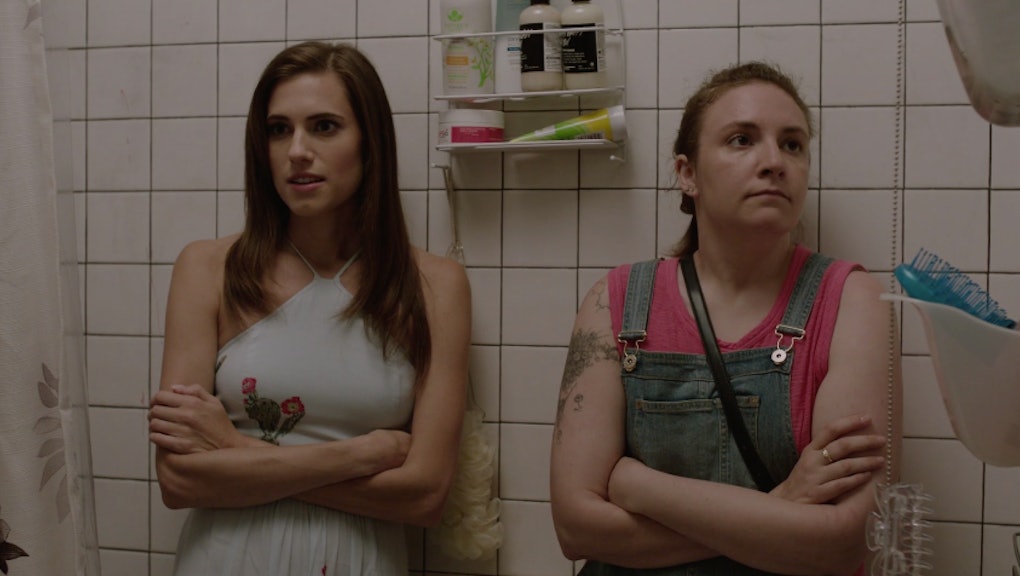 'Girls' Season 6 Spoilers: What will happen in episode 9?

Girls is coming to an end. Two episodes remain in the sixth and final season, but before the final installment airs on April 16, we have the penultimate episode of the show.

Season six, episode nine of Girls is titled "Goodbye Tour." It has been a rocky season for Hannah, Marnie, Jessa and Shoshanna (who has barely appeared in this season, but we'll let that slide). In the preview for the upcoming episode, we see the girls begrudgingly come together. Hannah is in a tough position and looking for advice from her friends — Marnie in particular.

The four friends have spent most of the season apart from one another and reconvene in this episode at a party. But not everyone is welcomed. Upon seeing Jessa, Hannah is not having it. "Not you. Not now. Not in the mood," she tells her before there is a forced group meeting in a bathroom.

The final season of Girls has been a roller coaster so far and we're sure Lena Dunham has a few more tricks up her sleeve before the finale. Hannah's gotten pregnant and reunited with Adam, Marnie was kicked out of her apartment and Shoshanna has just made a few cameos.

Girls airs on HBO on Sundays at 10:00 p.m. Eastern. If you need to catch up on this season before it comes to an end, you can watch past episodes on HBO.com.