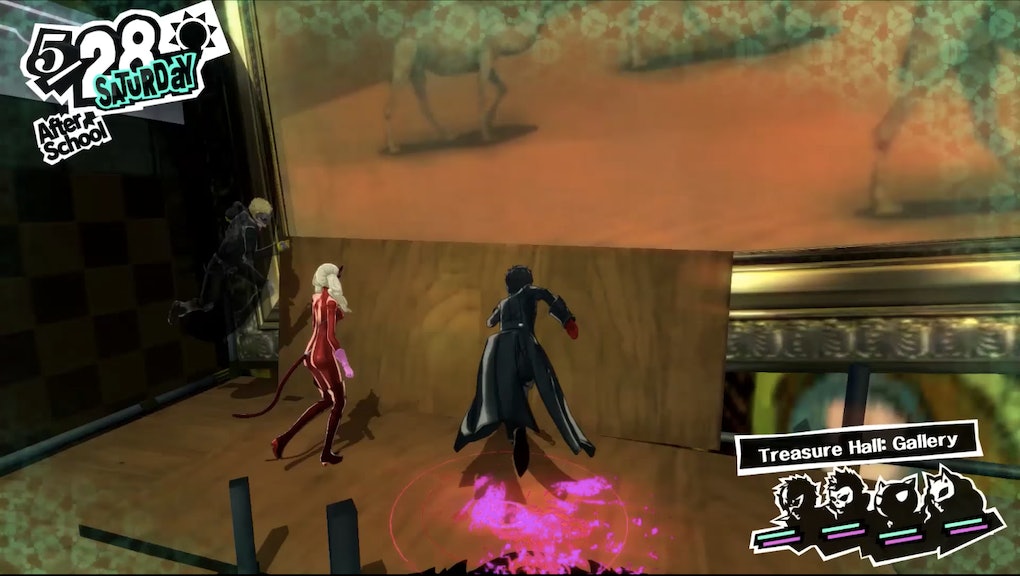 'Persona 5' Madarame's feet guide: How to solve the puzzle in Madarame's Museum

Persona 5 is finally here. In addition to deepening your connection with your Confidants and recruiting various Shadows to fight on your behalf, you'll also make your way through a series of Palaces in the Metaverse that are just lousy with puzzles. One such puzzle in Madarame's Museum involves, er ... counting feet. If you've been stuck on this puzzle for a little too long or if, like us, you tend to ignore the simplest solutions, we're here to help with a nudge in the right direction.

Persona 5 Madarame's feet guide: How to crack the computer code in Madarame's Museum

The second Palace (essentially a dungeon) in the game requires you to make your way through a massive museum constructed by Ichiryusai Madarame, the adopted father of Yusuke, one of your party members. Madarame is a total narcissist, so in the atrium of this Palace, there's a huge golden statue of him that you'll pass by several times as you navigate through the dungeon, according to IGN.

You're not likely to pay attention to the statue at first, but eventually, you'll make your way to a computer terminal in the museum that you'll need to gain access to in order to advance. The password hint is the number of Lord Madarame's feet (total narcissist, we told you), and although the obvious answer is "two" like every regular human, that's incorrect.

If you make your way back to the giant golden statue you've passed several times, Yusuke will notice there's something written on a plaque by its feet: the number 1120. Go back to the computer terminal, enter in "1120" and you'll be good to go.

As far as the rest of the Palace? For right now, you're on your own. But at least there aren't any more foot-based pass codes to deal with, right?