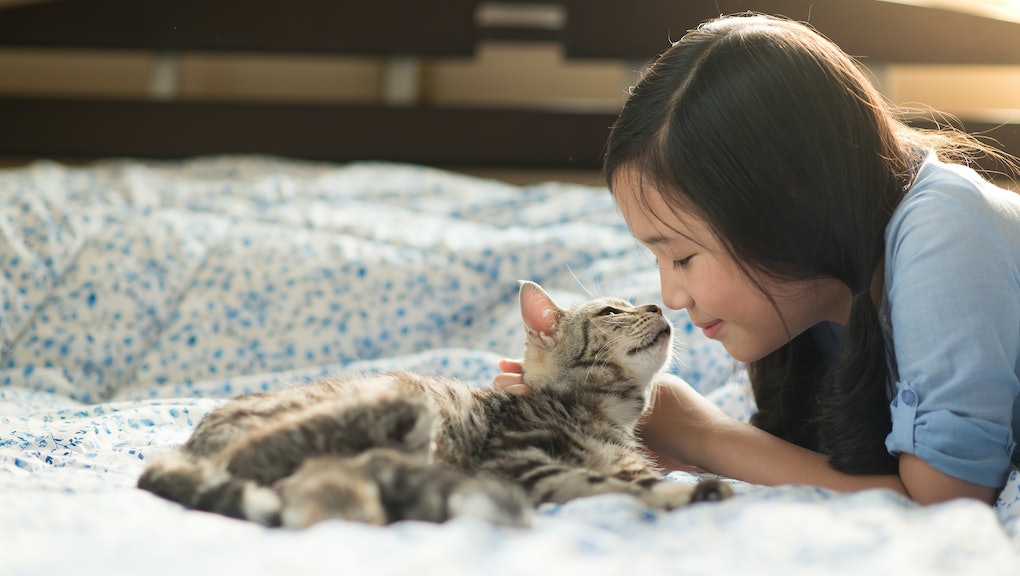 Cats like people more than food, according to an actual scientific study

It's a Friday night: Are you going to hunker down with some takeout and Netflix or go out on the town and socialize with friends? If you seek out people over food, you might be like a cat, according to a new study published in the journal Behavioral Processes, which reveals cats seek out human attention over food.

Yes, cats — renowned for appearing displeased, aloof, detached and nonchalant — are more social and attention-seeking than most dog lovers give them credit for. (Then again, perhaps cat lovers knew this all along.)

The study: Researchers presented adult cats (19 pet cats and 19 shelter cats) with four kinds of stimuli — human interaction, toys, food and appealing smells, LiveScience reported. Researchers then recorded the amount of time cats spent interacting with each stimulus. During a second test, researchers presented the cats with all the stimuli at once and observed which one the cats liked best of all.

The results: Roughly 50% of the cats chose people over all the remaining stimuli. This remained true regardless of whether the cat was a pet or a shelter cat.

People on Twitter had mixed reactions to the research.

Perhaps it's time for us to rethink the myth that cats are evil. Based on the research, at least some cats would forgo a tasty snack to cuddle with us — unless, of course, cats are playing a long con in order to get more food.