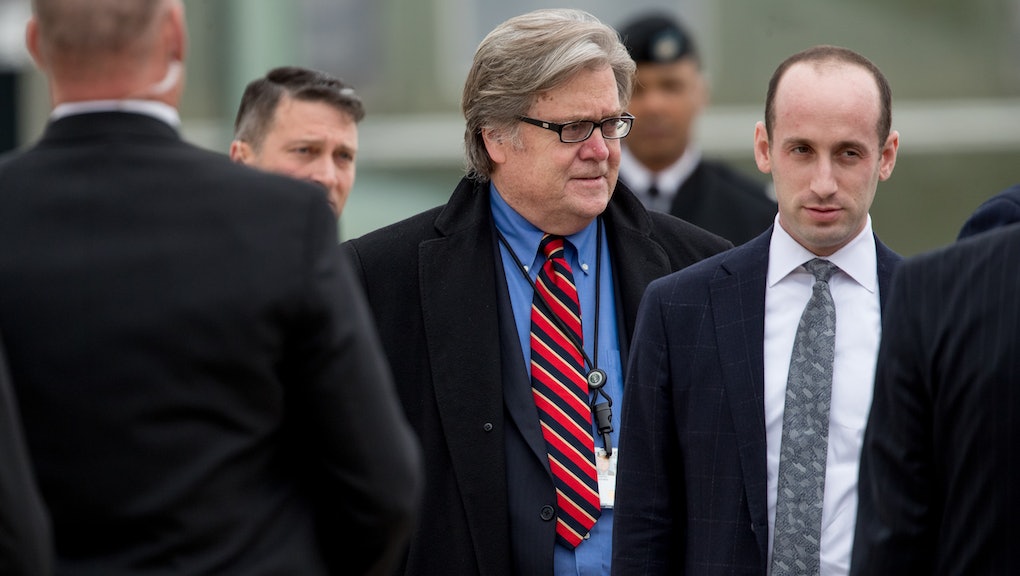 Steve Bannon: How Trump's senior adviser made a fortune opposing his own economic nationalism

President Donald Trump's controversial anti-globalist senior White House adviser Steve Bannon  is not what he seems. The former Breitbart executive, according to legally required financial filings, has been making his fortune from a network of organizations connected to the Mercer family.

The man who famously claimed that "globalists gutted the American working class and created a middle class in Asia" is now being taken to task for, as the Chicago Tribune puts it, being a "creature of corporatism, wealth-building and international finance."

Bannon's stunningly transparent financial and employment history shows a wealthy man whose extremist ideology doesn't reach to his own wallet.

Aside from his more than $13 million in assets, the roughly $2.3 million in reported income on the recent filing shows that Bannon has continued to reap the benefits of Bannon Strategic Advisors and Mercer-family-backed entities.

The shadowy Mercer family backed Donald Trump in the general election and remains an enigma to their own colleagues, given their penchant for funding projects designed to, as the Atlantic explains, overturn the "modern conservative movement" while simultaneously bankrolling its key players in politics.

Bannon is walking away from his financial conflicts... maybe.

CNBC reports that Bannon has agreed to sell some of his financial stakes "in principle." When this is supposed to occur and how it will work remains a bit of a mystery.

Given the Trump White House's dizzying array of financial conflicts and general disregard for the ethical norms of the executive branch, it's a bit hard to take Bannon's promise too seriously.

The baldfaced disparity between Bannon's public ideology and financial holdings is just a cog in the wheel of an administration that's wallowing in the swamp it promised to drain.