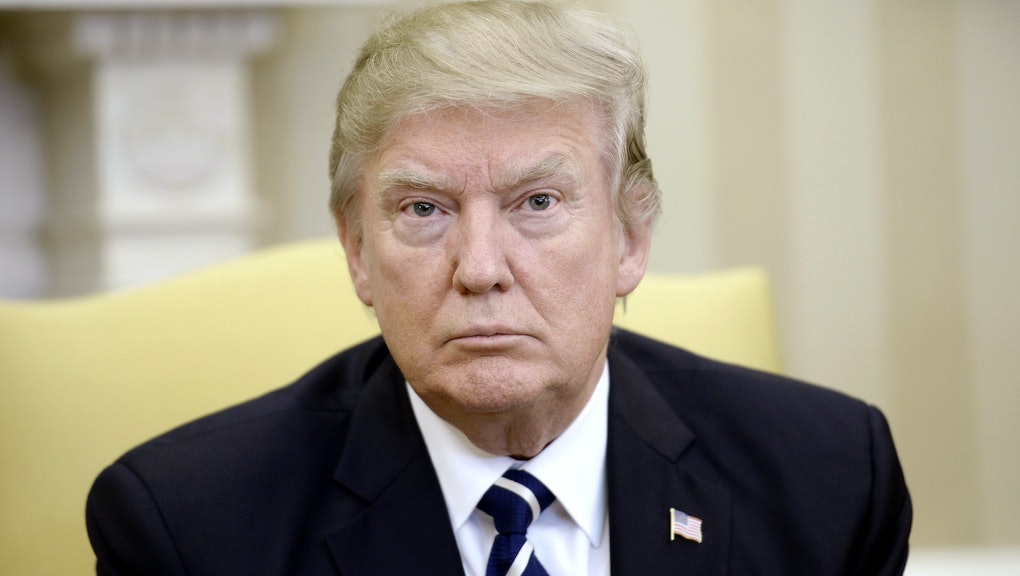 If you're not caught up on the latest in the Trump-Russia scandal you should start with this spy-novel-esque story about an infamous mercenary with ties to the campaign, holding a secret backchannel meeting on an island in the Indian Ocean, and work your way back from there.

Trump and the Blackwater guy

On Monday afternoon, the Washington Post released a report detailing a meeting between Erik Prince — the founder of the paramilitary group Blackwater and the brother of education secretary Betsy DeVos — and "a Russian close to President Vladi­mir Putin" to set up a backchannel between President Donald Trump and the Russian leader.

According to the report, the meeting was arranged by the United Arab Emirates and took place on the island of Seychelles one day after the release of the infamous dossier.

The Post said it could not report the full scope of the meeting but it was held in part to "explore whether Russia could be persuaded to curtail its relationship with Iran, including in Syria, a Trump administration objective that would likely require major concessions to Moscow on U.S. sanctions."

Trump and the Russian mob guy

Over the weekend Yahoo News reported President Donald Trump came exceedingly close to meeting with a mob-affiliated Russian banker who also has close ties with Putin.

Alexander Torshin, a top Russian central bank official who Spanish authorities believe is involved in money laundering schemes for organized crime, was slated to meet Trump at the National Prayer Breakfast in February. The meeting was called off at the last second after an administration official flagged Torshin as a figure who had "baggage."

Perhaps more shocking than the near-miss encounter with a suspected international criminal is the idea that, as allegations of collusion between the Trump campaign and Russia were mounting, Trump's team thought it would have been totally fine to meet with a top official at Russia's central bank, only deeming it inappropriate once they learned of his ties.

A new report from Bloomberg's Eli Lake alleges that President Barack Obama's national security adviser Susan Rice requested that the names of Trump associates whose communications had been collected as part of their surveillance of Russian officials.

In a tweet, Sen. Rand Paul (R-Ky.) called the revelation a "smoking gun."

Rice's alleged interest in unmasking names will likely be held up by the Trump campaign as further evidence of the president's claim that Obama "had my 'wires tapped,'" is legitimate. But as the Bloomberg report clearly states, there is still no evidence to support that claim.