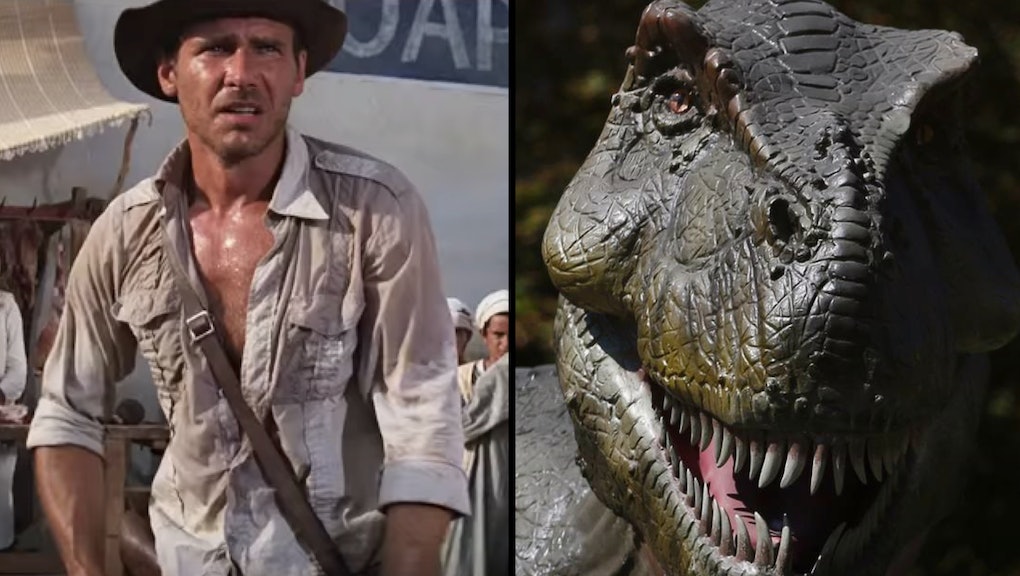 What can the left and right agree on? 'Indiana Jones' and dinosaurs, study finds.

In an era of bitter political division and fierce partisanship, finding common ground may seem an impossible feat.

But fear not for your next family gathering, because researchers might have just found an antidote: Dinosaurs and Indiana Jones, apparently.

"It turns out we can all agree on dinosaurs and Indiana Jones — paleontology and archaeology are a few areas where it seems liberals and conservatives aren't so polarized," Michael Macy, one of the authors of a study on partisan differences in scientific interests, said in a phone interview on Monday.

The study, published Monday in Nature Human Behaviour, sought to explore what subjects liberals and conservatives are interested in. To conduct their research, five scholars from Cornell University, Yale University and the University of Chicago perused millions of online books purchased through Amazon and Barnes & Noble.

First, researchers classified peoples' political inclinations based on other purchases — for example, whether someone bought Mitt Romney's No Apology versus Barack Obama's Dreams from my Father.

Then, the researchers wondered whether one topic in particular might bring liberals and conservatives together: science.

"There's been a growing political divide between liberals and conservatives that's deepened over the past several years," Macy said. "So, we wondered if science might serve as a bridge between them."

But the left and right had a few shared areas of scientific interest: namely, archaeology and paleontology. Everyone, it seems, can get on board with what Indiana Jones and Ross from Friends do for a living. Veterinary medicine also made the list of unifying science subjects.

"The more the science gets away from anything remotely politically relevant, the more likely it is to serve as a bridge," Macy told the Guardian.

File that one away for Thanksgiving 2017.