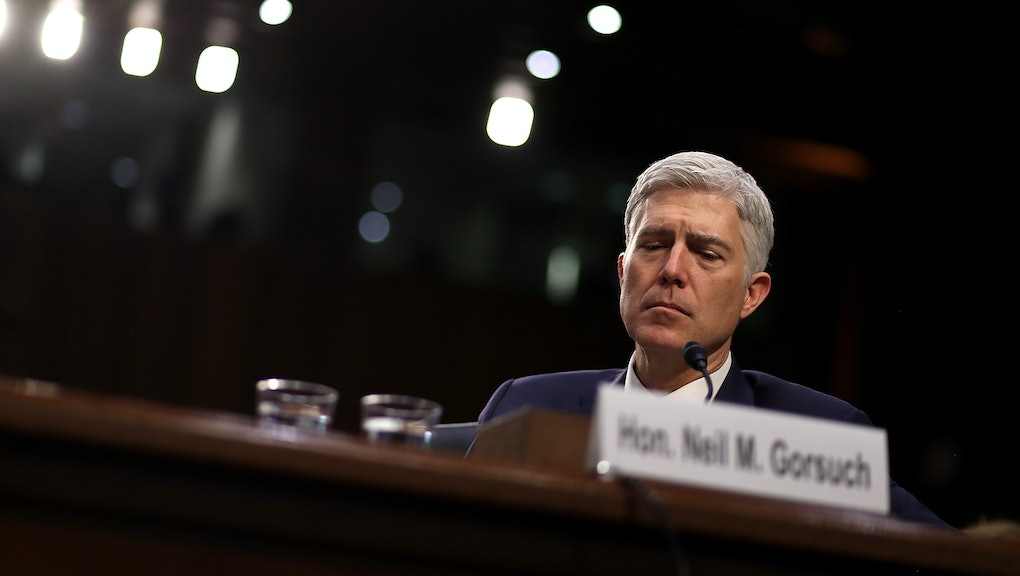 As of Monday, at least 41 Democrats announced they will not vote for cloture on President Donald Trump's nominee.

Cloture is a procedural vote that ends debate on a nomination, advancing the nomination to an up-or-down vote. The process currently requires 60 votes to pass or else the nomination is blocked — also known as a filibuster.

With at least 41 Democrats voting against cloture, it means Gorsuch's nomination cannot meet that 60-vote threshold.

That move would change the rules to require a simple majority to end a filibuster — far below the 60-vote threshold. Since Republicans have a 52-48 majority in the Senate, they would presumably have the votes to break the filibuster and confirm Gorsuch to a lifetime role on the court.

Senate Majority Leader Mitch McConnell (R-Ky.) signaled he is open to invoking the nuclear option, assuring reporters Gorsuch will be confirmed on April 7 — when the Senate goes on a two-week holiday recess.

Changing the rules will have ramifications for the Democrats. The filibuster is one of the minority party's only tools to force compromise in the Senate. Without it, Democrats could give up their power in future nomination fights — unless they win back the majority down the road.