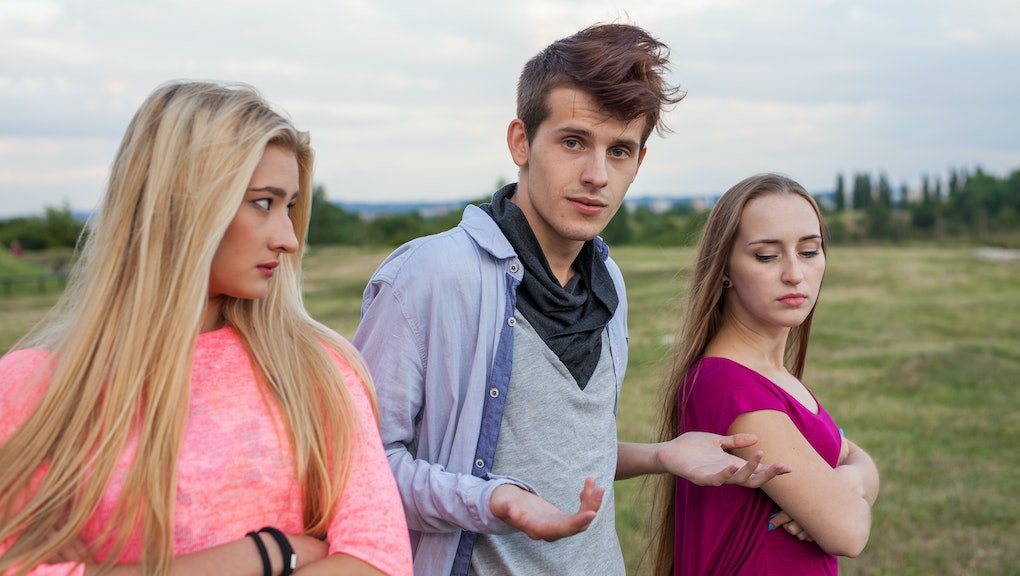 Adults — men, especially — are still somewhat hazy on what constitutes sexual assault, according to new data from the National Sexual Violence Resource Center, in partnership with YouGov.

In an online poll, the NSVRC surveyed 1,221 adults over a two-day period in March. People largely seem to understand sex without consent is a problem, with more than 80% of respondents saying non-consensual sex and non-consensual touching were sexual assault.

Those numbers alone suggest a positive trend, but there's still work to be done — especially when it comes to educating men, who, according to the U.S. Department of Justice, are responsible for 80% of women's rape cases.

"We are heartened our survey reveals high levels of awareness around the serious and widespread problem of sexual assault," Delilah Rumberg, CEO of the NSVRC, said in a statement. "However, the survey also pinpoints where our efforts must expand, namely among young adults and men, to foster an inclusive and productive conversation on sexual violence that will lead to better education, prevention efforts and outcomes."

Take the topic of consent, for instance. For all the apparent agreement on rape and sexual assault, there seems to be some lingering disagreement between men and women on how consent is obtained.

Coerced sex — defined as "sexual intercourse where one of the partners is pressured to give their consent" — struck 79% of women as assault, versus just 67% of male respondents. Pressuring or coaxing someone into assent they didn't want to give often means a sexual power imbalance is at play, leading to sex that's not strictly consensual.

According to the Rape, Abuse and Incest National Network, people ages 12 to 34 are the most likely targets for rape and sexual assault, with women especially at risk. One in six U.S. women will be the victim of a completed or an attempted rape in her lifetime, while about one in every 33 U.S. men will be able to say the same. An estimated one in three women will face sexual harassment at work, and the overwhelming bulk of online harassment is hurled at women.

It's important that men, as the most likely perpetrators, understand that sexual violence takes a number of different but interrelated forms. That's why, according to the NSVRC, heightened awareness needs to come with more aggressive education efforts.