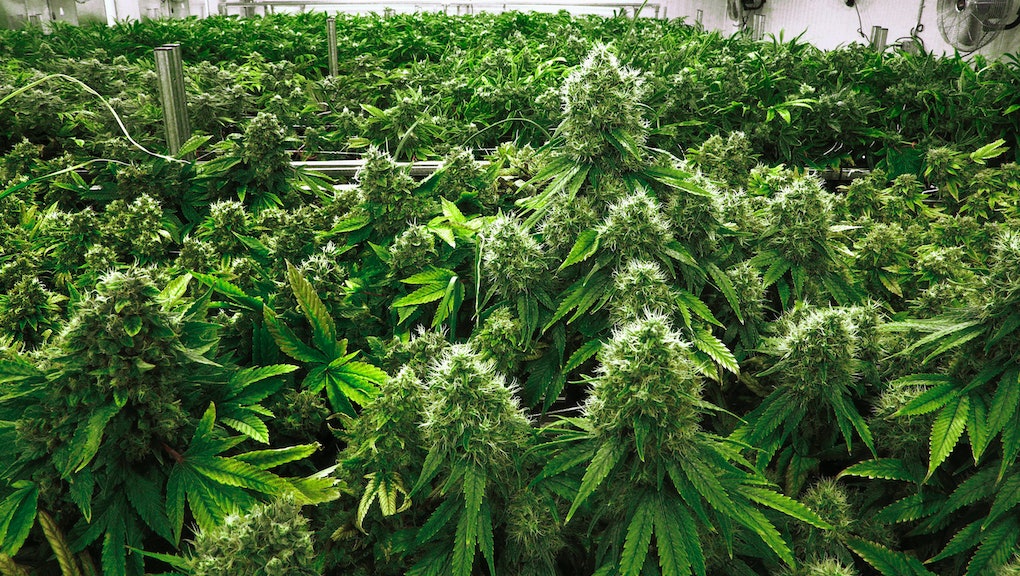 The Trump administration has been peddling a dangerous line in the War on Drugs as it weighs its marijuana policy options, erroneously comparing cannabis to opioids and hinting at a crackdown for the former. Attorney General Jeff Sessions has even gone out of his way to ridicule the notion of combating the heroin crisis with weed, rhetorically asking an audience of law enforcement, "I mean, how stupid is that?"

Answer: Not stupid at all. Many doctors and researchers are optimistic about marijuana's potential role in mitigating the dangers of prescription painkillers, saying that patients who opt for weed over addictive pills are doing just fine. And now a new study, published in the journal Drug and Alcohol Dependence, has demonstrated that states with legal marijuana see significantly fewer hospitalizations for people with opioid-related problems.

Yuyan Shi, author of the study and assistant professor of family medicine and public health at the University of California in San Diego, looked at state-level annual administrative records of hospital discharges between 1997 and 2014, finding that marijuana and opiate hospitalizations had increased by about 300% on average in that time.

Why these findings matter

The implication here is that weed — while apparently causing no direct health crisis of its own — may significantly diminish the scale of a burgeoning opioid disaster. But we're still in the early stages of this promising research. "Given the epidemic of problematic use of opioid pain relievers," Shi wrote, "future investigation is needed to explore the causal pathways of these findings."

However, as long as anti-marijuana zealots like Sessions set the federal drug agenda we're unlikely to get any meaningful acknowledgement of such tantalizing discoveries. Just as the White House would rather dismiss the reality of climate change than confront it, they seem unable to admit that weed has legitimate medical applications, spurs economic growth and is less dangerous than alcohol or tobacco. And until marijuana is downgraded from a Schedule I substance, access for research purposes will remain frustratingly limited, meaning less hard data with which to challenge popular misconceptions.

The good news is that states with legal marijuana are evidently already enjoying some unexpected benefits — and other states are bound to notice.