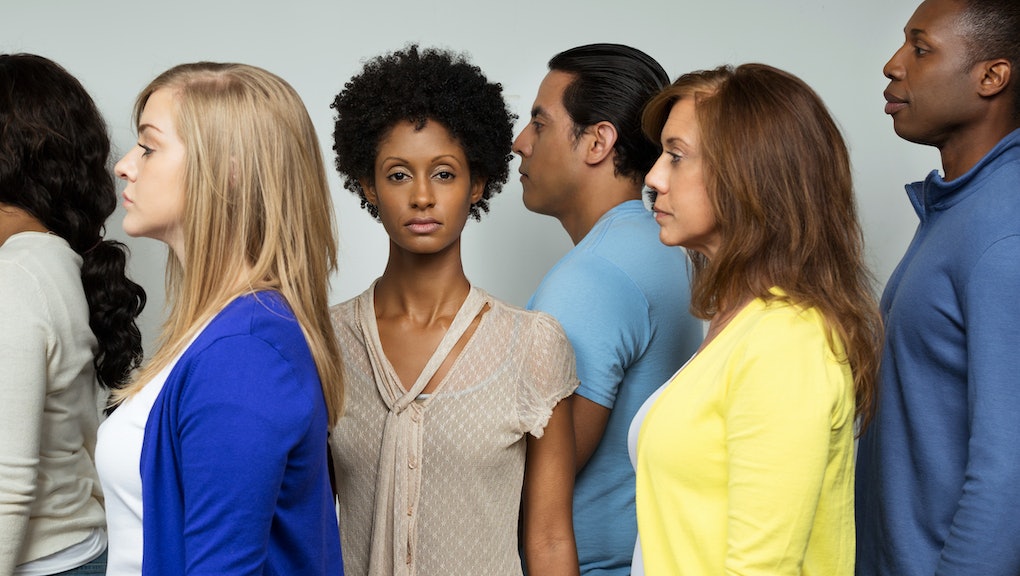 To bring attention to the gender wage gap, Tuesday is 2017's globally recognized Equal Pay Day, which marks how long into a year the average woman would have to work to earn what a male peer made the previous calendar year. For example, to rival a man's median income earned from Jan. 1, 2016, through Dec. 31, 2016, a woman would have to work from Jan. 1, 2016, through April 4, 2017.

The exact date of Equal Pay Day, a public awareness initiative started by the National Committee on Pay Equity in 1996, is based on the national median income for men and women overall. But there's a truth that this day obscures: The numbers look very different when you break them down by racial groups.

In fact, the "real" 2017 Equal Pay Day for white women in the United States has passed — while the corresponding days for black and Latina women are much further into the year.

The official Equal Pay Day statistics are based on 2015 census data. But Mic updated those figures using Bureau of Labor Statistics figures on median weekly earnings for full-time workers in 2016. Using those numbers, the actual Equal Pay Day for U.S. women of all races would technically be March 22.

Black women in the United States, on the other hand, wouldn't have their equal pay day until June 5. And if you're a Hispanic or Latina woman, you're going to have to wait until July 25 for your equal pay day.

The less you earn, the longer it takes to reach your "real" equal pay day. With a median weekly income of $915 for men and $749 for women, according to BLS data, women earned roughly 82% of what men did in 2016.

Now let's break down the numbers by race: The weekly median income for white women alone in 2016 was $766. That means white women would have to work 71 more days than men — or until March 12 — to match what average male peers earned in 2016.

Asian women, the only census ethnic group to outperform white women, earn a weekly median income of $902. That means they have to work six more days than men to earn the same, making Jan. 5 their equal pay day.

In other words, there are very different financial realities for women of different races. When it comes to the fight for equal pay, the figures highlight the need for an intersectional approach, which takes into account the more challenging experiences of minority women that are often ignored by white feminists.