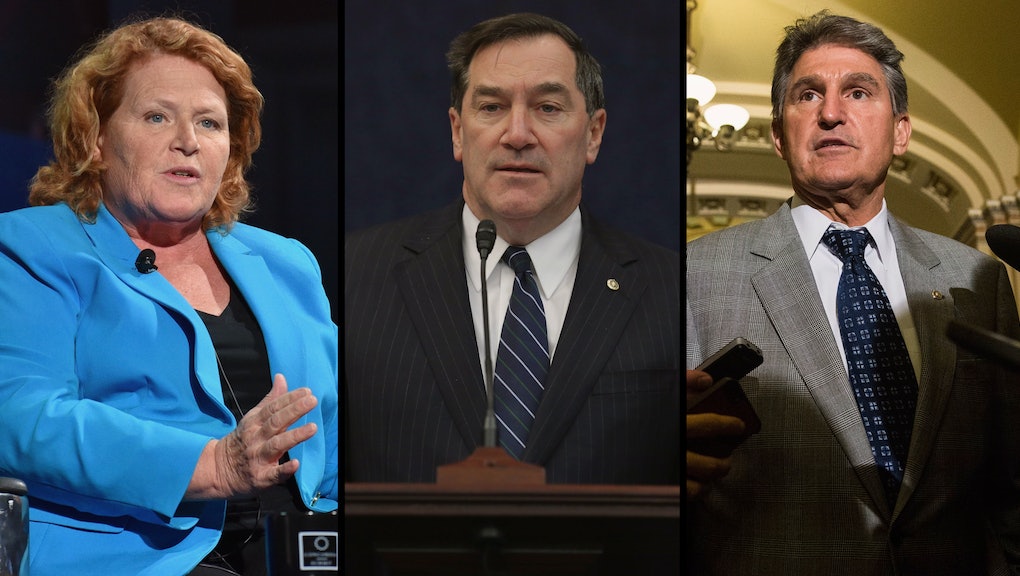 A political action committee founded by grassroots progressives is raising money to mount a primary challenge to any Democratic candidate who votes for Neil Gorsuch, President Donald Trump's Supreme Court nominee. Launched in early 2017, the PAC — #WeWillReplaceYou, a project of the grassroots group All of Us — endeavors to pressure congressional Democrats to oppose Trump's agenda at all costs.

"We had spelled out some criteria that we expected all Democrats to adhere to, but we had not actually called for any particular member of Congress to be primaried until Manchin became the first senator to announce his proud support for Neil Gorsuch," Claire Sandberg, cofounder of All of Us, said in an interview.

The organization has started a "Primary Joe Manchin" fund to support a progressive challenger to the West Virginia Democrat in 2018. Manchin is one of three red-state Democrats who have announced support for Gorsuch. The other two senators are Heitkamp and Donnelly of Indiana. All three are up for re-election in 2018.

Sandberg said the group plans to take similar measures to support challenges to Heitkamp and Donnelly. "We think this is a line in the sand that Democrats should not cross," she said. "We'll also push the Democratic party and Democratic institutions to withdraw their support from these Democrats-in-name-only."

All of Us joined with other progressive groups on Monday to deliver a petition with more than 230,000 signatures to Sen. Chris Van Hollen (D-Md.), chair of Democratic Senatorial Campaign Committee. The petition calls on the DSCC to stop funding candidates who support Gorsuch.

"The DSCC has spent months begging grassroots donors on their email list to contribute to save the Supreme Court from Trump," Sandberg said. "Chris Van Hollen cannot then turn around and dole out that money to Democrats who help Gorsuch win a lifetime appointment."

Unlike some PACs, #WeWillReplaceYou is a hybrid PAC that can coordinate with candidates and their campaigns. Sandberg told Mic her organization is currently in contact with groups in several states who are actively recruiting primary challengers.

"Bennet needs to answer some tough questions about whether his relationship to the same billionaire who has backed Gorsuch influenced his decision in any way," Sandberg said, referring to Colorado billionaire Phil Anschutz, a strong backer of Gorsuch's nomination for whom Bennet once worked.

Though Sandberg declined to say whether #WeWillReplaceYou planned to challenge Bennet, she didn't rule out the possibility.