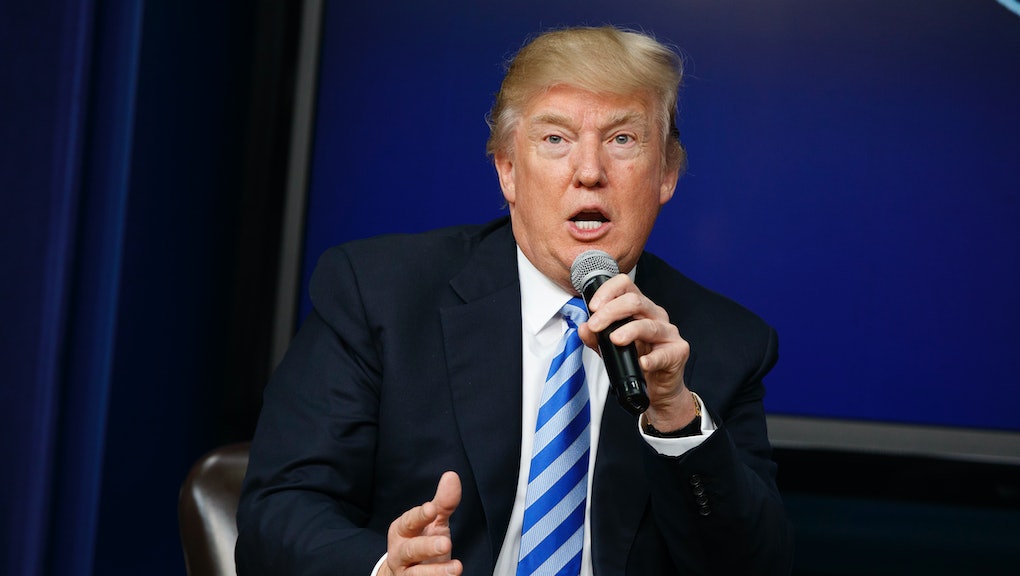 President Donald Trump told a group of business CEOs on Tuesday that his predecessor's 2009 stimulus package during the Great Recession didn't build anything, saying most of the funds were used on "social programs."

But that assertion about the Obama administration's $787 billion stimulus package, known formally as the American Recovery and Reinvestment Act, is false.

It's also at odds with past praise Trump bestowed upon the stimulus package, which he once said was "building great projects."

Here are some of the things impacted by the stimulus, according to reports from the nonpartisan Congressional Budget Office:

The ARRA created the Build America Bonds program, which financed "$182 billion in new infrastructure investment, with participation from all 50 states, Washington, D.C., and two territories," according to the Brookings Institution.

Included in the stimulus package was $7.2 billion to increase access to high-speed internet, according to the New York Times.

With stimulus money, the Department of Transportation gave at least $38.6 billion to fund more than 14,600 transportation projects, including improving public transportation and highways, according to Michael Grunwald, a reporter who wrote a book about the stimulus' effects.

According to the CBO, the stimulus helped lower the unemployment rate between 0.7% and 1.8% in 2010 — a time when the jobless rate was on the rise.

The CBO report noted that the stimulus "increased the number of full-time-equivalent jobs by 2 million to 4.8 million compared with what would have occurred otherwise."