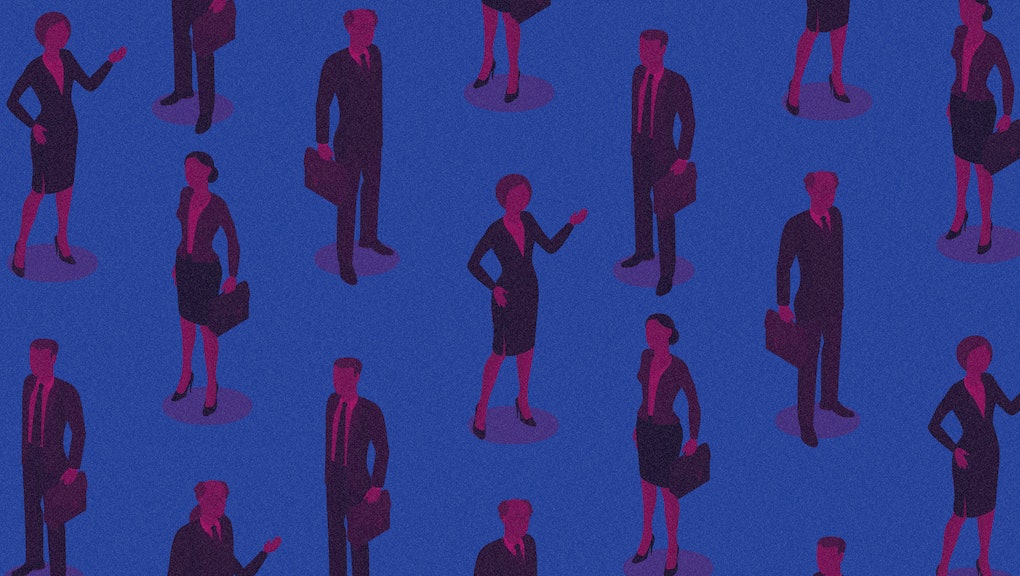 If you think the wage gap is a "myth," think again: Study after study has found that women earn less money than similarly-qualified male peers. Over the course of a lifetime, the total cost of discrimination and implicit bias is staggering: more than a million dollars for some women.

In fact, recent figures suggest that female workers in the United States have to put in a whole extra decade to earn what a comparable man would over the course of a 40-year career, according to the National Women's Law Center.

And women of color have it even worse: According to the NWLC, black and Latina women would have to work well into their 80s and 90s to make what white, non-Hispanic men earn by age 60.

These five images show why we still need Equal Pay Day in 2017.

1. To earn what their male peers earn, women have to work a lot longer than men

NWLC looked at a hypothetical U.S. man who started working at age 20 and continued working until he was 60 — and then calculated how long an average woman would have to work to earn the same amount. The figure they arrived at was age 70, past the full Social Security retirement age of 67.

2. Because of the wage gap, women lose out on a small fortune

The organization estimates that the wage gap effectively creates more than $400,000 in lost income for the average U.S. woman.

3. The wage gap is even worse if you're not white

As you might expect, the wage gap is also exacerbated by race, with Latina and black U.S. women losing out on even more wealth. For Latina women, eliminating the earnings gap would add more than a million dollars to their average lifetime earnings.

4. Luckily, some states are better than others when it comes to the wage gap...

While the wage gap has held steady at a national level since 2007, some states and cities are stepping up on the local level to ensure that women get paid their fair share.

Massachusetts, for instance, recently made it illegal for prospective employers to ask about an applicant's previous salary. Measures like this, the thinking goes, will keep pay inequity from following women as they advance up the career ladder. And other states, like Florida, Delaware, and New York, have relatively narrow wage gaps compared to the national average.

5. ...but many women are still being left behind

Though the wage gap is often and rightly framed as a moral issue, it's also important to consider that pay equity and greater inclusion could help improve the U.S. economy: Research has shown, for example, that companies with more women on their boards tend to perform better than those that are more male-dominated.

In other words, pay equity likely isn't a zero-sum game. Policies like improving parental leave and expanding resources for working parents of both sexes might be able to make the United States fairer and richer at the same time.