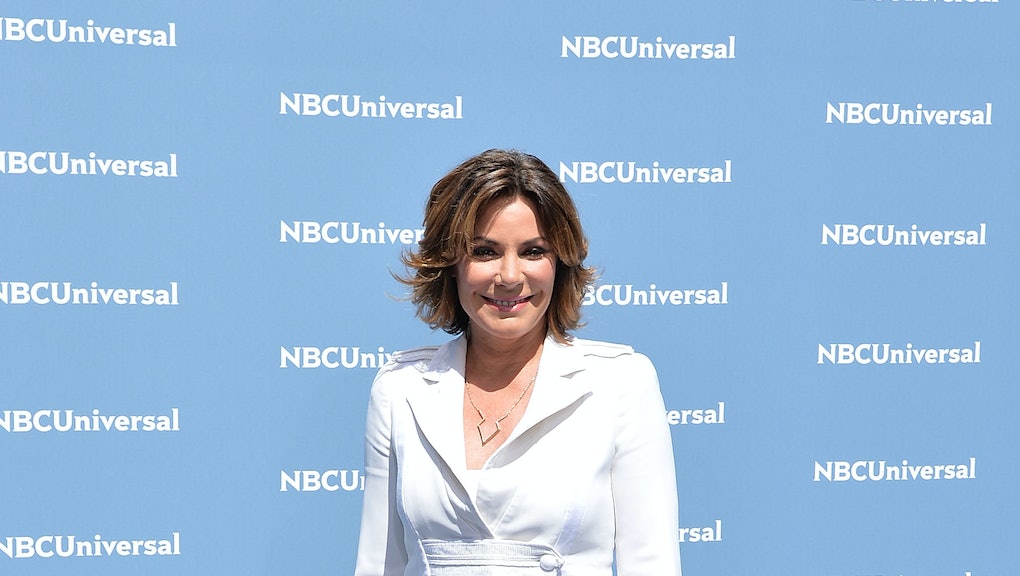 When it comes to real-life countesses, they don't get much bigger than LuAnn D'Agostino.

Though the newly-married star of The Real Housewives of New York is technically no longer a countess (she divorced Count Alexandre de Lesseps in 2009), the title will forever be synonymous to her in Housewives-dwelling circles. She is, after all, the author of Class with the Countess: How to Live with Elegance and Flair, and her clothing line is called the Countess Collection.

Though Housewives come and go, D'Agostino is one of the few remaining originals, a cast member since the show's debut in 2008. During that time, she's been married, gotten divorced and remarried, released three dance-pop singles (including the breakaway hit "Money Can't Buy You Class") and birthed one of the franchise's best one-liners:

Ahead of Wednesday's premiere of season nine of RHONY, Mic sat down with D'Agostino to find out what she's been up to between seasons, details about her ongoing feud with co-star Bethenny Frankel and whether or not she'll duet with Real Housewives of Beverly Hills Star Erika Jayne.

In addition, LuAnn finally breaks her silence on what she was doing hanging out at Donald Trump's "southern White House" Mar-a-Lago.