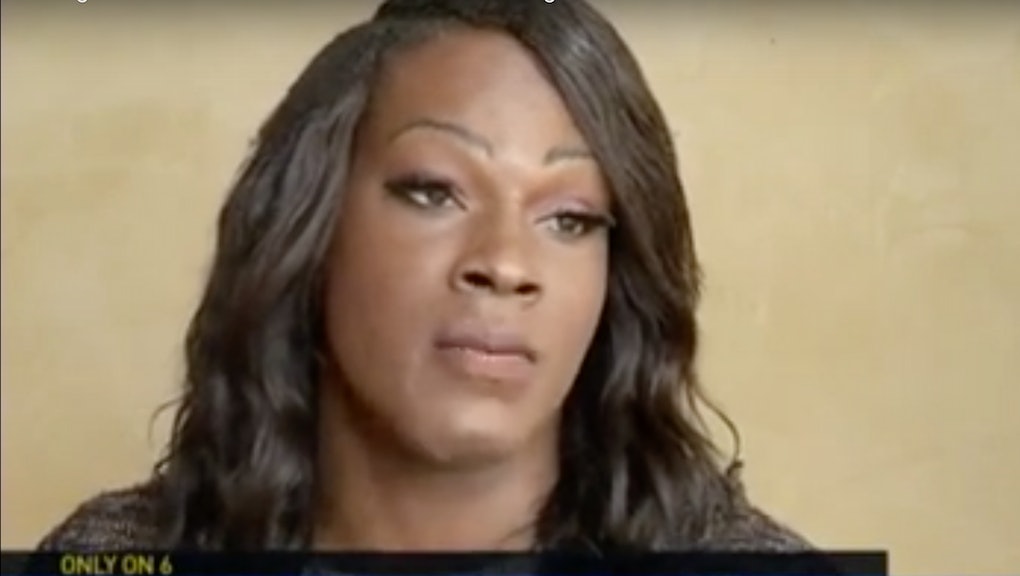 A Florida transgender woman is facing a murder charge, even though she claims that she was acting in self-defense. According to NBC 6, the woman, identified only as Ms. Campbell, says that she's only facing these charges because of her transgender status.

"I do feel like that it may have been different if it was a [cisgender] woman in my situation," Campbell told NBC 6.

Campbell is facing a charge of second-degree murder for stabbing and killing Jackson Marcelin in 2016, according to documents obtained by Mic.

One witness said she saw Marcelin swing a thick piece of wood lying nearby at  Campbell. Campbell also told NBC 6 that he struck her with a board.

In the original legal brief, one witness described seeing Campbell stab Marcelin "unprovoked," however in a later sworn affidavit, the named witness, identified as Campbell's roommate, says Marcelin often approached Campbell for sex and that Marcelin didn't accept Campbell's rejection. In the affidavit, the witness also said she would never use the word "unprovoked" to characterize Campbell's stabbing of Marcelin.

In a phone interview with Mic, Ms. Campbell's lawyer, Herbert Erving Walker III, said the witness approached him at a courthouse to order her testimony and recant the story she told police.

Walker, a former New York City assistant district attorney and a homicide prosecutor in Miami, says that he believes transgender stigma has stopped Ms. Campbell from being seen as a typical self-defense case.

"If this were just Susie from the Midwest, beautiful, blond-haired, blue-eyed housewife, we would've never been in this position," he said.

Walker said that if the case involved sexual attraction and rejection of a cisgender woman, then the case would be accepted. Because his client is transgender, people are less willing to believe her.

"The charges would've never been filed," Walker said. "This is clearly a classic case of self-defense. My client didn't pre-arm herself, she had no motive, she had no reason to want to cause any harm to this person."

According to Walker, Florida law requires that a case be heard within six months of charges being filed, but charges against Campbell were filed in July 2016 and the case has not been heard, despite trying to go to trial six times.

"Every time I would try to get this case to go to trial, because I was so confident that I was going to win, the state would ask for a continuance and ask for a mistrial."

Walker also said that, prior to the incident, Campbell approached a third party who knew both Campbell and Marcelin to try to stop Marcelin from pursuing her.

Walker also said that while Campbell was incarcerated, she was attacked by fellow inmates three times. Walker had to file emergency motions for Campbell to be released.