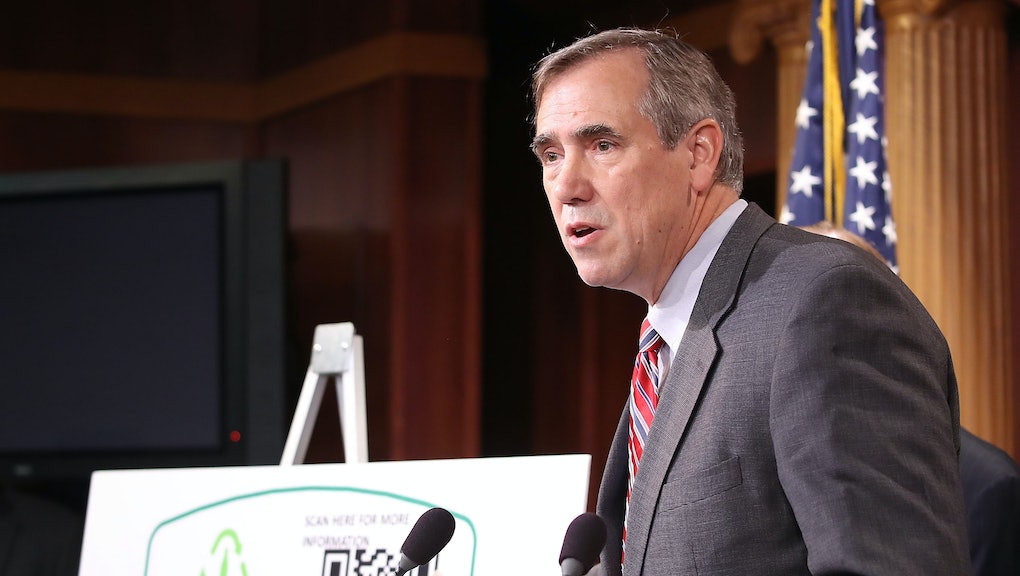 This senator pulled an all-nighter to oppose Neil Gorsuch

Sen. Jeff Merkley (D-Ore.) pulled an all-nighter Tuesday night into Wednesday morning to oppose Supreme Court nominee Neil Gorsuch, in which he stood on the Senate floor for 15-and-a-half hours to voice his discontent.

He stood on the Senate floor next to an image of the preamble of the Constitution, vowing to stand there in protest for "as long I am able."

He was joined intermittently by Sen. Dick Durbin (D-Ill.), the minority whip.

Merkley said his protest was in part thanks to Republicans who "stole" the Supreme Court seat from former President Barack Obama.

But Republicans refused to give Garland a hearing, blocking his nomination in the hopes a Republican president would nominate a replacement for Scalia.

Democrats have enough votes to filibuster Gorsuch's nomination — a move that happens when the Senate cannot scrounge together 60 votes to end debate on a nominee and proceed to an up-or-down vote.

However, Republicans say they will simply change the rules in order to get Gorsuch confirmed, with a move called the "nuclear option."

That rule change would require just a simple majority to proceed. And since Republicans have a 52-48 majority, they would have a majority to move to confirm Gorsuch.

A full vote on Gorsuch is expected Friday — assuming Republicans can either convince Democrats to vote to proceed on Gorsuch or invoke the nuclear option.