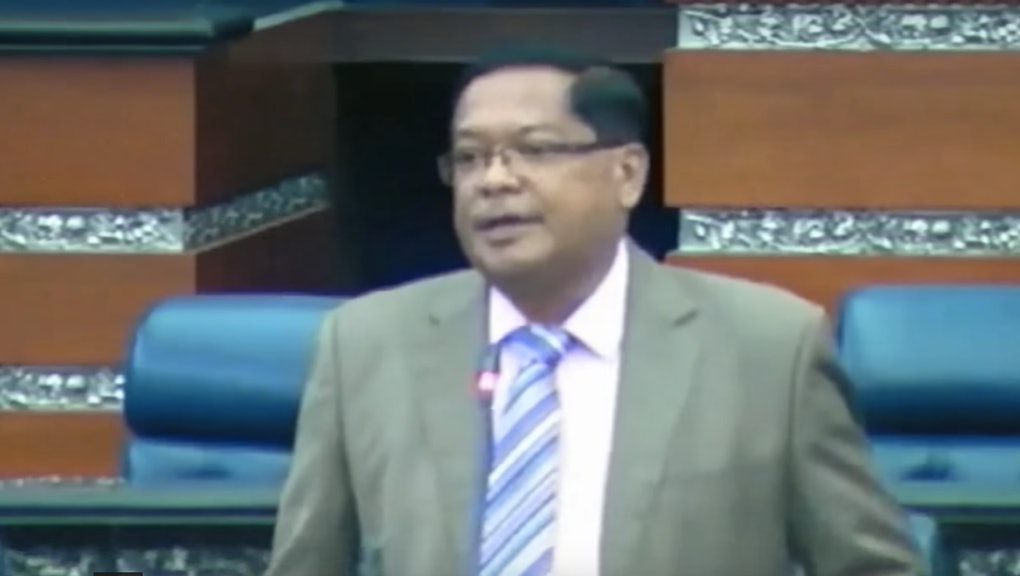 A Malaysian member of parliament thinks rape victims might improve their odds at living happy lives — might "turn a new leaf" — if they marry their rapists, the Guardian reported Wednesday.

"Perhaps through marriage they can lead a healthier, better life," Datuk Shabudin Yahaya speculated, according to the Guardian. "And the person who was raped does not necessarily have a bleak future. She will have a husband, at least, and this could serve as a remedy to growing social problems."

Yahaya had been talking about statutory rape during a debate on Malaysia's Sexual Offenses Against Children bill, which passed Malaysia's House of Representatives on Tuesday. The bill aims to protect people under the age of 18 from sexual abuse, and allows underage victims to testify to their own mistreatment. It's one step toward reforming Malaysia's much-maligned laws that have allowed sex crimes against children to go largely unpunished.

According to Reuters, Yahaya was responding to a proposal that the bill ban child marriages. Yahaya said that "at the age of 9 or 12," when girls hit puberty, their bodies are "already akin to them being 18 years old." These children might be prepared "physically and spiritually" for marriage, he argued.

Malaysia's civil law permits marriage at 18, though people as young as 16 can get married with special permission from their state's chief minister, according to Reuters.

Facing backlash, Yahaya later said in a statement that his comments had been mischaracterized, and that he doesn't think marriage is a "back door exit to legalize rape."

In its final iteration, the Sexual Offenses Against Children bill does not tackle child marriage, according to Reuters. What it does ban is "grooming": the act of establishing a friendly, ostensibly benign relationship with a child before moving into sexual contact or child pornography.

A special Reuters report from November uncovered rampant mishandling of child sexual abuse cases in Malaysia. The outlet obtained classified data from the Malaysian police, which showed that of the nearly 13,000 sex crimes against children reported between January 2012 and July 2016, charges were filed in just 2,189 cases, leading to 140 convictions.

In response to Yahaya's comments, Penang chief minister Lim Guan Eng said: "We are ashamed to have an MP like this from Penang," according to the Guardian. Calling Yahaya a "monster," Lim added that the MP is "a black stain for Penang."