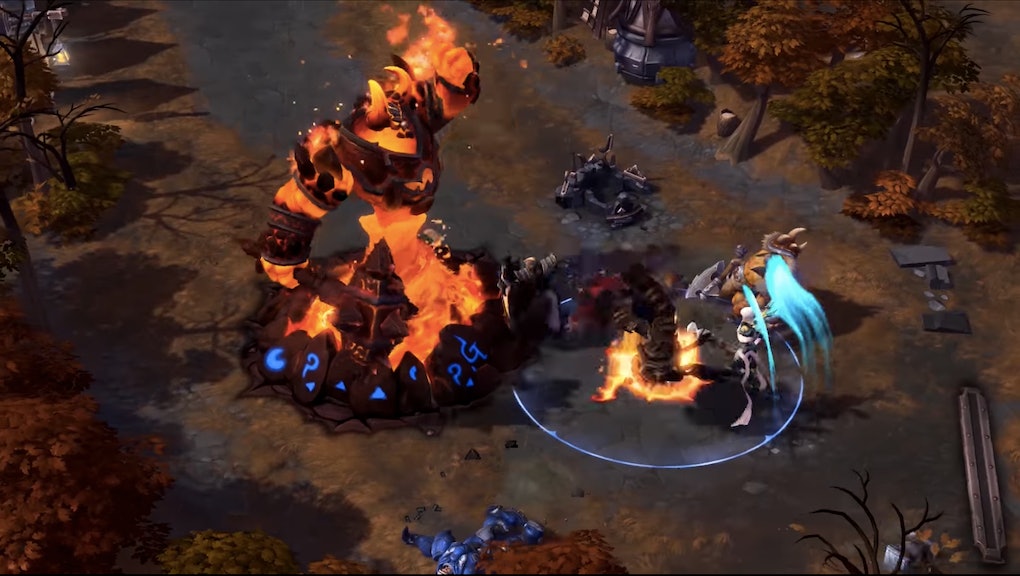 Although it might not get the coverage of a shooter like Overwatch, Blizzard has found success in the world of mobile battle arena games with Heroes of the Storm. Even if you're familiar with Heroes of the Storm and its rapidly approaching 2.0 update, there's something you may not know: It's got its own March Madness-style tournament called Heroes of the Dorm, and its 2017 competition is wrapping up soon.

If you're unfamiliar with the competition or you're looking to get caught up on the action before the Heroic Four compete on April 8, we've got all the info you need.

Heroes of the Dorm is an annual gaming competition run by Tespa, a network of college clubs founded to promote gaming culture and host esports competitions, featuring over 200 collegiate teams competing to win the grand prize: tuition for the remainder of their college career, up to $75,000. Pretty nice deal, but it's not easy to get even close to that grand prize.

According to the timeline posted to the official Heroes of the Dorm website, the top 64 teams competed in best-of-three elimination games for a grueling nine days of competition from March 18 to March 26, with the final Heroic Four advancing to the final live competition at the Las Vegas Cox Pavilion Arena on April 8.

Heroes of the Dorm 2017: Who are the Heroic Four in this year's competition?

University of Texas at Arlington is fresh from an upset loss at the hands of Arizona State University last year in 2016, but are still heavily favored overall to sweep the competition. Louisiana State has gone 0-4 against UTA in this year's bracket, so they're probably itching to show UTA what they're made of.

To get there, however, they'll have to beat Kentucky, an underdog No. 13 seed that few brackets expected to make the Heroic Four. Rounding out the Heroic Four is UC Irvine, making their fist appearance in the tournament's final in spite of being one of the first universities in the country to have a scholarship devoted to esports.

The victors from each of these brackets will advance to the championship round and be one step closer to that grand prize.

Heroes of the Dorm 2017: How can you watch the Heroic Four?

If you're in the Las Vegas area — or feel like taking a short vacation to watch some esports — tickets are still available on the Heroes of the Dorm website if you prefer to watch in person.

If you're unable to attend in person or simply not so inclined, never fear. You can stream the event on the event's website or on the official Heroes of the Storm Facebook page, where you can watch through Facebook Live, so long as you don't mind a continuous stream of "wow" and "angry" reaction faces floating across the bottom of the screen.