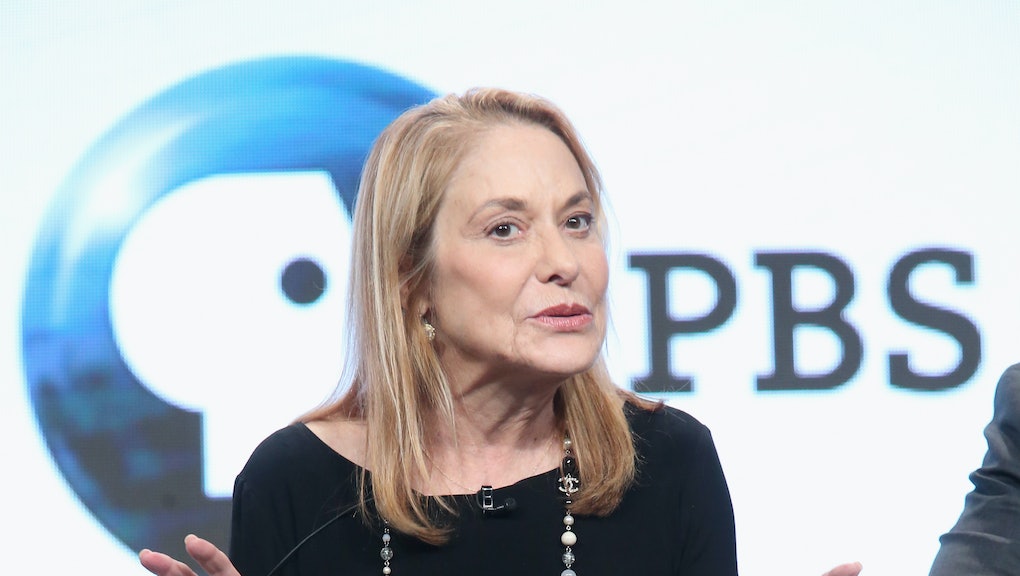 Fox News bigwigs are facing a fresh wave of sexual harassment allegations, adding to the conservative news network's reputation as a safe space for predatory men. But while many have cheered Fox's accusers for their bravery in coming forward and exposing the network's sexism, one of the people working against the accusers is a former feminist scholar who represents former Fox News president Roger Ailes.

On Monday, Fox News contributor Julie Roginsky filed a sexual harassment lawsuit against Ailes, as well as accused Fox News co-president Bill Shine and other executives of retaliation. Shortly after the lawsuit was filed, Ailes' lawyer, Susan Estrich, called the complaint "total hogwash" and accused Roginsky of being a "copycat" trying to "pile-on in a massive character assassination" of Ailes.

In a previous life, Estrich was a well-known politico and feminist legal scholar. In 1988 she managed the Democratic presidential campaign of Michael Dukakis where she went head-to-head with the political operatives on George H.W. Bush's campaign, including a young Ailes.

As the Washington Post pointed out, Estrich, herself a rape survivor, was instrumental in combatting the stigmatization of other rape survivors. She famously coined the phrase "nuts and sluts defense" to describe the way attorneys demean and undermine rape accusers in order win cases.

She also spoke out against workplace sexual harassment. In 1991, Estrich wrote in the Stanford Law Review:

It should be obvious that the system already contains serious disincentives to women filing sexual harassment complaints. Start with embarrassment, loss of privacy, and sometimes shame. If the woman remains employed, she faces the prospect that her harasser and others will make her life impossible. If she has quit or been fired ... the danger is that she will be branded a troublemaker, and find it difficult to find another job.

At some point in the mid-90s Estrich started making the transition from an anti-harassment crusader to a non-partisan defender of men who stood accused of sexual misconduct.

In 1994 Estrich, like many in the Democratic political establishment, defended Bill Clinton against accusations that he had sexually harassed state employee Paula Jones during his time as governor of Arkansas.

In 2003, when Republican gubernatorial candidate Arnold Schwarzenegger faced allegations of groping multiple women, Estrich defended Schwarzenegger. "These acts do not appear to constitute any crime, such as rape or sodomy or even assault or battery," Estrich wrote at the time. "As for civil law, sexual harassment requires more than a single case of unwelcome touching."

In the years since, Estrich became a frequent contributor to Fox News, appearing as the liberal foil to the network's many conservatives. She first started defending Ailes in 2016 when accusations began mounting against him from Ailes' Fox News employees.

Estrich isn't the only Democrat to enlist in the fight against Fox News accusers. Fox News host Bill O'Reilly, who was just revealed to have settled $13 million worth of sexual harassment cases against him, recently hired Bill Clinton's "crisis manager" Mark Fabiani to help him handle the fallout.