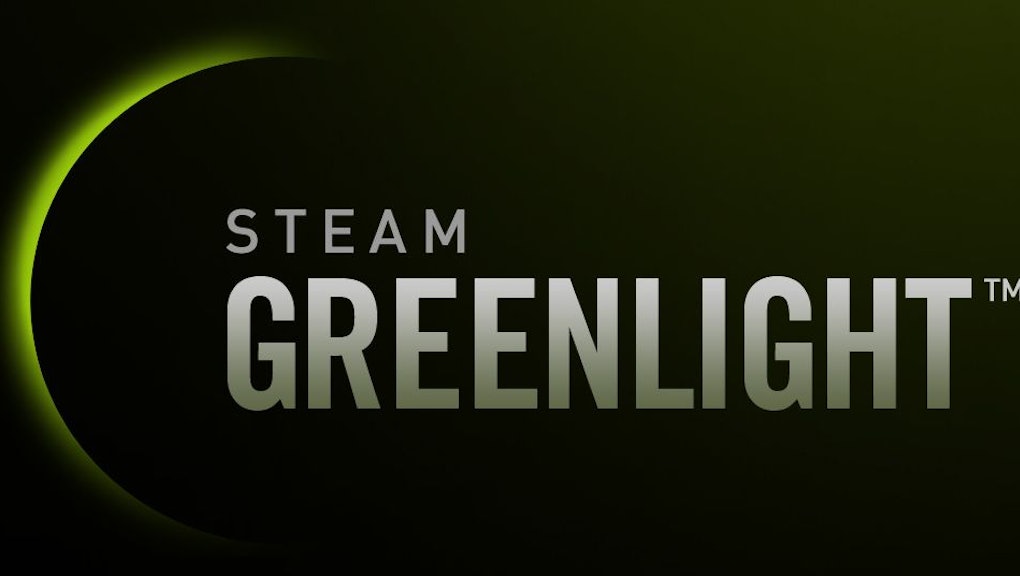 Steam was once heralded as an oasis for indie developers and industry publishers alike, with plenty of room on the platform for both, but the rise of asset flippers and "fake games" has left its scars on the community. After cascades of feedback and criticism, Valve is finally ready to take action and make some changes to its platform.

Valve announced in February that it would be discontinuing Steam Greenlight, the platform's crowdsourced submission program, opting to replace it with a developer-centric model called Steam Direct. The new system would require developers to pay a fee per game they were looking to sell on the platform, though there's no word on what the final pricing will look like, yet.

In light of these coming changes, Valve flew a few of their biggest curators (and critics) to its offices in Seattle to discuss what the future of Steam could look like. Two particularly vocal (and salty) YouTube game critics and pundits, John Bain (TotalBiscuit) and Jim Sterling (Jimquisition), offered a peek at what the future of Steam curation, discovery and community engagement might be.

The rise of asset flippers

In his video, Sterling surmises that the flood of trash in Steam store had a lot to do with the growing popularity of visual novels. Once the floodgates opened with sensations like Hatoful Boyfriend and VA-11 Hall-A, Valve did what any sensible corporation would do: it made it even easier to sell games on Steam.

On the surface, it may seem like the stock assets and derivative gameplay are designed to trick users into purchasing what they think is a legitimate game, but that's not how the real money is made. If Steam takes 25% of every game purchased and the game is priced at $.99 on the store, that shady developer isn't going to be making much money from game sales alone.

As Sterling points out, the biggest contributor to the influx of "fake games" is the Steam trading card economy.

Steam trading cards are the platform's currency. Players can get trading cards through playing games (random cards will drop in from titles as you play) and earn them by participating in Steam's holiday events. Players looking to complete a set of cards can trade, sell or buy them in the Steam marketplace. Steam takes 5% of every sale, the developer takes 10% and the rest goes to the seller.

The advent of the Steam card economy created up an entire cottage industry dedicated to making money exclusively through this system. Asset flippers and developers creating "fake games" is what eventually led to Greenlight receiving the all stop. Developers gave away reams of codes in exchange for votes and let the cards generate some sweet cash.

Valve's warnings and bans weren't enough to dissuade shady devs. After years of trying to crack down without getting too heavy-handed, the company finally slammed the golden door shut. This will ultimately mean that Steam will see "less but better games coming to its service", according to Sterling.

The solution creates its own nest of problems

In addition to once again making it difficult for developers to release their games on the platform, Valve has gone so far as to say it will actively bury fake games by removing them from Steam's Discovery queue — algorithmic recommendations for games similar to the ones you've been playing or within a genre that you tend to play.

As someone who's been plagued a time or two by these games showing up in a Discovery queue, being able to opt out of acknowledging their existence is a wonderful by-product of this active suppression. This removal would mean users would have to specifically go looking for a game in order to find it in the store.

Unfortunately, suppressing "fake games" could potentially be a slippery slope. What's the metric for determining a fake game? If the metrics are broad enough, who's to say that different systemic abuses won't pop up in place of Greenlight's?

While I may balk at the occasional "fake game" kicking around in the odd Steam Discovery queue, there have been a number of times when I've stumbled on a truly exceptional indie title — a special kind of something, like Crashlands, that I likely wouldn't have seen in any other capacity. With Steam's proposed changes to Discovery, the joy of unearthing a diamond among the coal will be far less likely.

Ah, but Valve's thought about that, too.

Steam Explorers, the lovechild of Greenlight and Curators, will allow the community to have its say on what the "new hotness" in indie games will be. In his video, Sterling admits that Explorers would live or die on user engagement. Without users buying into the program, we'd be back to an age where only AAA publishers and larger indie studios would find success on Steam.

As much as we all love Dishonored 2, Torment: Tides of Numenera and Civilization VI, there are plenty of indie titles we'd miss out on if we couldn't stumble on them in the store. And a world without exceptional indie games like Night in the Woods finding a foothold in mainstream gaming isn't a world I want to live in.

Unfortunately, Steam Explorers is a double-edged knife. It's putting a lot of power into unknown hands, which pulls the onus off Valve and squarely places it within the community. And with the potential for incentives or rewards for using the program, there's the ever-present threat of another cottage industry rising from the ashes of Greenlight.

Rebirth of a community

Steam's communities have been under the threat of shady developers for long enough. Digital Homicide may have been the most prominent of the "developers behaving badly on steam saga", what with their spurious lawsuit against both Steam community members and Sterling himself, but it was hardly an isolated incident. Sterling proposed harsh penalties for developers who engage in harassment campaigns or file baseless lawsuits (or DMCA) against YouTube pundits and community members alike.

The scars of Greenlight are still too fresh to know what the future of Steam's community will look like, but there's hope in the air. Valve's commitment to rebuilding trust through transparency will be the foundation for a brighter community who can commit themselves to making sure the cream rises to the top (of our Discovery queues).