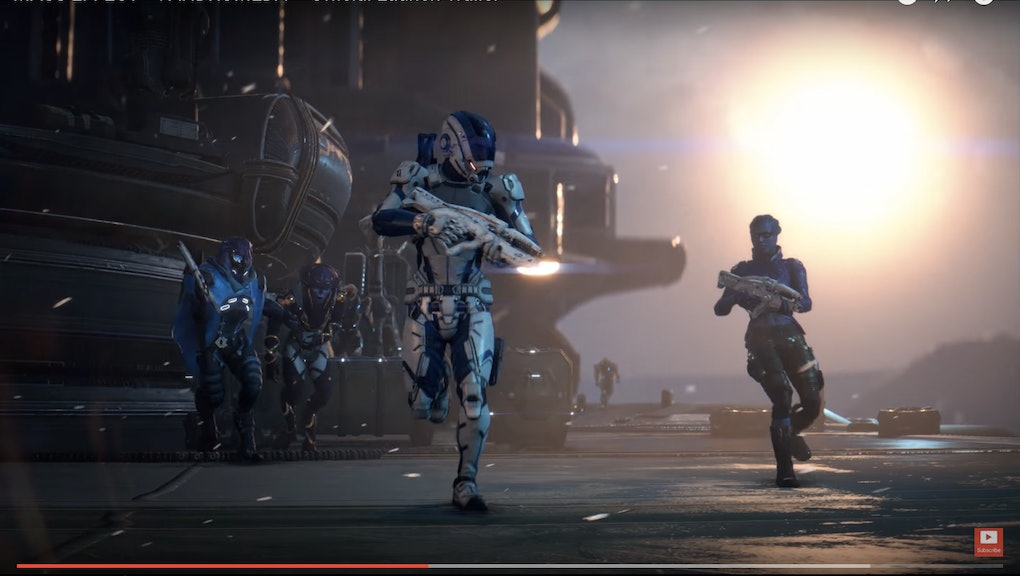 While Mass Effect: Andromeda, like previous entries in the popular BioWare space opera series, might play closest to a third-person cover shooter, it has a surprisingly robust skill system. Thankfully, if you're feeling a little bit of regret about your skill choices, or you just want to try out a swank new build, it's not hard to respec your Pathfinder.

If you're feeling some Biotics or Tech ability FOMO, read on for the skinny on how to respec your character in Andromeda.

Mass Effect: Andromeda character respec: How to find the Medbay on your ship

According to Prima Games, you'll be able to reallocate your skill points as soon as you're finished with the tutorial mission on Habitat 7. Once you've left the Nexus for the first time as a result of what happens during that mission (we're keeping it vague to avoid spoilers, you're welcome), you're given your own ship, the Tempest.

While you're on the Tempest, head down to the third deck, where Ryder's quarters are. If you're facing the front of the ship — where your room is — you should see the Med Bay off to the right. Lexi, your medical officer, should be inside working on something, so don't even give her the time of day. You've got a respec to see to!

You should see a large holographic tube with a human x-ray in it in the Med Bay, and that's what you want. Interact with it, and it will take you to the Respec menu.

Mass Effect: Andromeda character respec: How much will it cost?

The good news is that the first time you respec your character, it'll only cost you 20 credits. The bad news is that each subsequent time will cost you 500 — which is still pretty cheap, just not 20 credits cheap. On your own ship, no less. The good news after the bad news is that there's no limit to the number of times you can respec Ryder or the rest of your crew so long as you've got the money. You should probably save your credits for Ryder, however, since they'll have the most skills for you to fiddle with when you do so.

When you confirm that you want to respec, pay the requisite credits and select the character you'd like to tweak. You'll be refunded all of your current skill points for that character to dole out as you see fit. This is perfect for powering up a few moves and weapon specializations you've found yourself leaning on in tough fights, or if you want to make a character a little more well-rounded.

There are no consequences save for having to adjust your playstyle to make proper use of your new skill setup, so why not try out a new build you've been fancying?