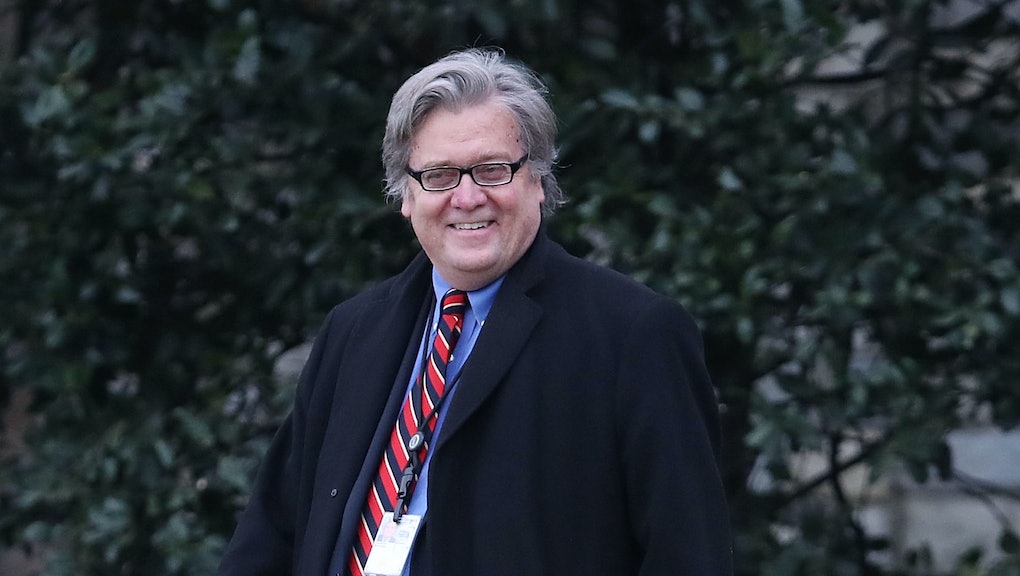 President Donald Trump's initial presidential memorandum placing Bannon on the NSC raised eyebrows by giving Bannon a permanent spot on the council while excluding the director of national intelligence and the joint chiefs of staff from meetings that did not cover issues pertaining to their roles.

According to reports at the time, Trump didn't even realize he was signing a memorandum that gave Bannon that role.

Trump's National Security Adviser H.R. McMaster — who replaced Mike Flynn — had been weighing a change to the NSC structure since he ascended to the role.

And multiple reports said Bannon was only given that role to police Flynn — and was no longer needed as a permanent NSC member after Flynn resigned in February.

Sen. Ben Cardin, a Maryland Democrat and ranking member of the Senate Foreign Relations Committee, told NBC News he is "pleased" Bannon is no longer a permanent member of the NSC, but added his "hope is that he would have no role at all."