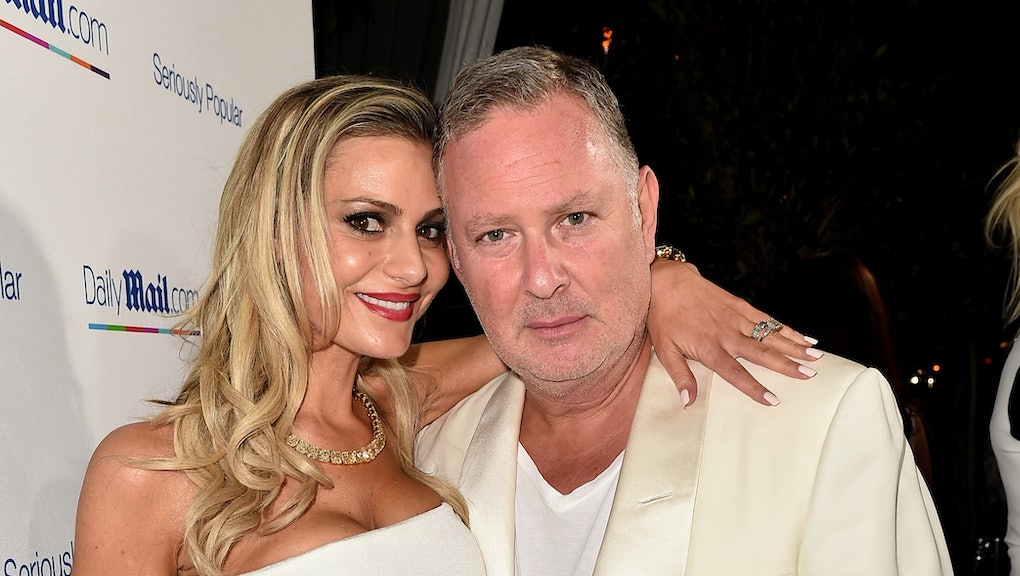 Season seven of the Real Housewives of Beverly Hills came to a close on Tuesday night. It was an explosive season for the women of 90210, from accusations of people doing coke to "pantygate."

In the season finale, the women came together at Lisa Vanderpump's "diamond and rose" party. You were to come dressed in either gold or a shade of pink, to which Dorit Kemsley took as an opportunity to put gold leaf in her hair.

While the finale gave us a brief conclusion to the seasonlong fight between Erika Girardi and Dorit, it appears it's not over. Actually, it looks like it's not over for all of the women.

In the preview for the three-part reunion, all of the housewives go at it — and it looks as explosive as ever.

"You have a very big mouth," Dorit says to Lisa Rinna. "Shut up, Dorit," Lisa fires back. So do you." Great, looks like nothing has changed for them.

Kim Richards also joins the couch. While she hasn't been a major part of the latest season, it looks like Kim still has a bone to pick with Lisa and Eileen Davidson. "We're not acting here," Kim tells Eileen. "This is real. So, sometimes, the faces..." "Well, have you seen your face?" she shoots back. Both Kim and Lisa say they feel each other is a sick woman, so there's also that.

And Dorit's husband, PK Kemsley, also joins the couch — to everyone's displeasure — after finding himself in the middle of his wife's season seven drama.

You can watch all the drama go down when part one of the Real Housewives of Beverly Hills reunion airs at 9 p.m. Eastern on Tuesday on Bravo.