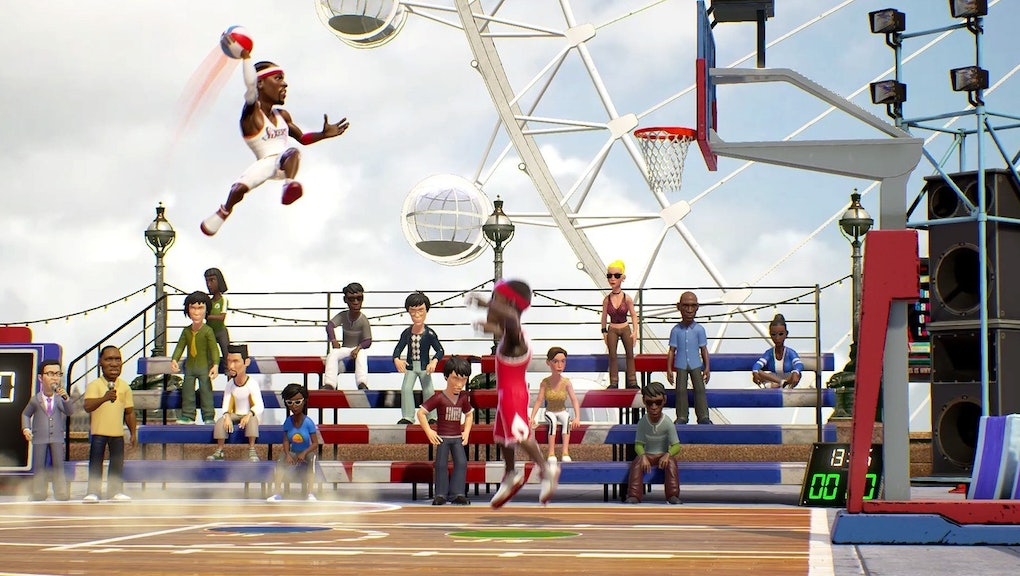 The shroud of mystery over NBA Playgrounds has been lifted. At one point, all we knew about the game was its title and that it would be releasing for the Nintendo Switch sometime after launch. Here's everything we know now.

As of Wednesday morning, we've learned a lot more information. NBA Playgrounds will not be a Nintendo Switch exclusive. NBA Playgrounds is set to release for Switch, PS4, Xbox One and PC Steam in May, though we don't have an exact release date yet. Here's a look at the official trailer:

Per IGN, NBA Playgrounds will feature all NBA teams, current players and even some legends. You can see Allen Iverson and Dominique Wilkins among others in the trailer.

This will be a $20 digital download for all platforms.

The style of graphics and animation is intriguing. The player models are reminiscent of the classic NBA Jam series, while the artistic design makes you think of the equally classic NBA Street series.