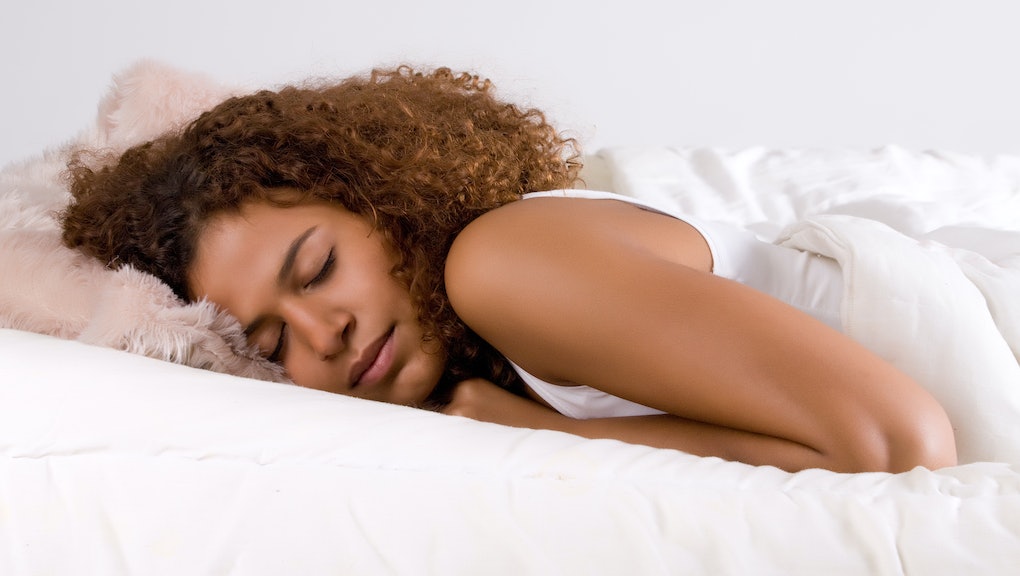 Marijuana and Sleep: How weed can help insomnia or disturb your healthy slumber

It is a universally acknowledged truth that marijuana can make you sleepy. Smokers everywhere have long sought to learn exactly why — and figure out what they can do to stay awake through a spliff session. But this ignores a larger question; namely, how does weed alter sleep itself?

We know from studies on alcohol that falling asleep faster doesn't necessarily correlate to better overall sleep. In that case, the opposite is true: Alcohol tends to disrupt our slumber, as it can cause breathing problems or sleepwalking and it reduces our restorative periods of rapid eye movement (REM) sleep.

So before you start using weed as a way to get some shut-eye, let's consider what it can do to your body and brain after it knocks you unconscious.

Why marijuana makes you tired and sleepy

The effects of cannabis vary widely depending on the user, the strain, the dose and environmental factors. But the mechanism of its influence is always the same: Marijuana influences the body's endocannabinoid system, a complex network of receptors sensitive to chemical compounds found in the drug.

The endocannabinoid system plays a role in much of our daily biological functions, from hormonal and immune function to the regulation of appetite and pain. It also mitigates our stress and anxiety responses — you may have noticed that it's hard to fall asleep if you're not relaxed — and new research suggests that cannabinoid signaling can directly promote sleep. All this gives scientists hope that we'll eventually develop therapeutic drugs that rely on the endocannabinoid system to deliver their physiological benefits.

For now, though, marijuana is the only medicine that makes use of this fascinating part of our anatomy. And we're just beginning to understand the subtleties of how its cannabinoids can modify our nightly rest.

Can marijuana be used to treat insomnia?

The first thing to know about marijuana's impact on sleep is that different cannabinoids have varying effects. The two main chemicals we're concerned with here are THC, or tetrahydrocannabinol — the psychoactive ingredient that accounts for the marijuana "high" — and CBD, or cannabidiol, a non-psychoactive substance increasingly valued for its therapeutic applications.

THC definitively promotes sleep by activating the endocannabinoid system's CB1 receptors, according to a 2008 study. Another study concluded that THC shortened the period of sleep latency, or the time it takes to fall asleep, and caused the user to sleep longer. Research also connects THC to an increase in "slow-wave" sleep, the deepest stage of sleep before the REM stage, a possibly essential aspect of cerebral restoration and recovery. What's more, cannabis withdrawal can lead to longer sleep latency and less slow-wave sleep. No wonder, then, that people seeking a medical marijuana       recommendation often select insomnia as their qualifying condition — despite evidence that as one builds up a THC tolerance, it stops making you sleepy. Finally, there's reason to believe THC could be used to prevent sleep apnea.

The latest studies, meanwhile, show that CBD may keep us awake. One study found this cannabinoid to be "wake inducing." Another concluded that although THC appears to be sedative, CBD "appears to have alerting properties, as it increased awake activity during sleep" and even counteracted the sedative effects of THC. In a different experiment, rats that received doses of CBD took longer to fall asleep in the daytime but slept more overall and had a slight increase in slow-wave sleep — not enough to be statistically significant. Some researchers have gone so far as to propose using it to treat drowsiness because of its association with activation of neurons in the hypothalamus and dorsal raphe nucleus, "two brain regions implicated in the control of alertness." CBD, then, doesn't have the qualities of an insomnia cure.

That you consume both these competing cannabinoids when you use marijuana would certainly account for mixed results in weed's reputation as a sleep aid. Adding to the confusion is a misunderstood divide between sativa and indica, the two psychoactive species of cannabis. Typically, a budtender at a dispensary will explain that sativa strains are energizing, while indicas are more relaxing and therefore better for nighttime.

But this turns out to be an oversimplification at best, and flat-out misleading at worst. The chemical profile of a given batch of weed depends on a host of details, and something as apparently superficial as terpenes — the compounds that give marijuana its diverse smells and flavors — can play a part in your sleep cycles. Not for nothing has aromatherapy been touted as an insomnia cure in its own right.

All of this is to say: While many people do swear by marijuana as a way to get a good night's sleep, they may not be getting the kind of rest they need.

Negative effects of marijuana on sleep

Whether weed ruins your sleep is a subject of more dispute than whether it makes it easier to conk out on the couch. In 2014, the authors of a University of Pennsylvania study concluded that "any history of cannabis use was associated with an increased likelihood of reporting difficulty falling asleep, struggling to maintain sleep, experiencing non-restorative sleep and feeling daytime sleepiness." These problems, they said, were more common among people who had started using marijuana in their teenage years. But critics of the study said that its methodology was flawed, with no causal link established.

What's less debatable is that both CBD and THC inhibit rapid-eye movement and the duration of REM sleep, the part of the sleep cycle during which dreams occur. Lack of REM sleep can lead to health conditions like migraines, and experts consider it crucial for proper rest. Slow-wave sleep and REM sleep are closely related — they may complement each other's restorative functions — so it seems that by increasing one's time spent in slow-wave (or "deep") sleep, you're effectively cheating yourself out of the REM sleep you might have had.   Marijuana users who abstain from the drug also experience a rebound in REM sleep, often reporting more vivid dreams as a result, and other sleep disturbances are common for regular users who attempt to quit altogether.

Beyond that, THC makes you sleepier the following day, and if taken later at night may contribute to the unpleasant, foggy sense of a "weed hangover." Again, more time asleep doesn't mean you're getting healthier sleep. But perhaps that's to be expected from a drug that routinely, in the words of one study on smoking techniques, produces "paradoxical subjective effects" that veer between sedation and stimulation. As we flood our endocannabinoid systems with THC and CBD, the normal mechanisms of sleep regulation get scrambled by contradictory chemical signals. That we may be damaging those mechanisms in the process is a risk we would do well to contemplate.

No clear answers yet

As with every topic in marijuana science, the matter of weed's effect on sleep is still up for debate, thanks in no small part to federal prohibition and the resulting absence of hard data. For now, people will happily continue using it as they drift off to dreamland — albeit with far fewer dreams as a consequence.

But the bigger questions are about sleep itself, a process that is in many ways as mysterious as when we first acquired the tools to measure, quantify and analyze it. When we ask what marijuana does to our sleep, we are combining two vast unknowns: an insufficiently studied drug and a biological enigma.

In other words: We'll get back to you when we have some more solid facts. And in the meantime, we're well overdue for a very long afternoon nap.

This article was originally published on April 10, 2017