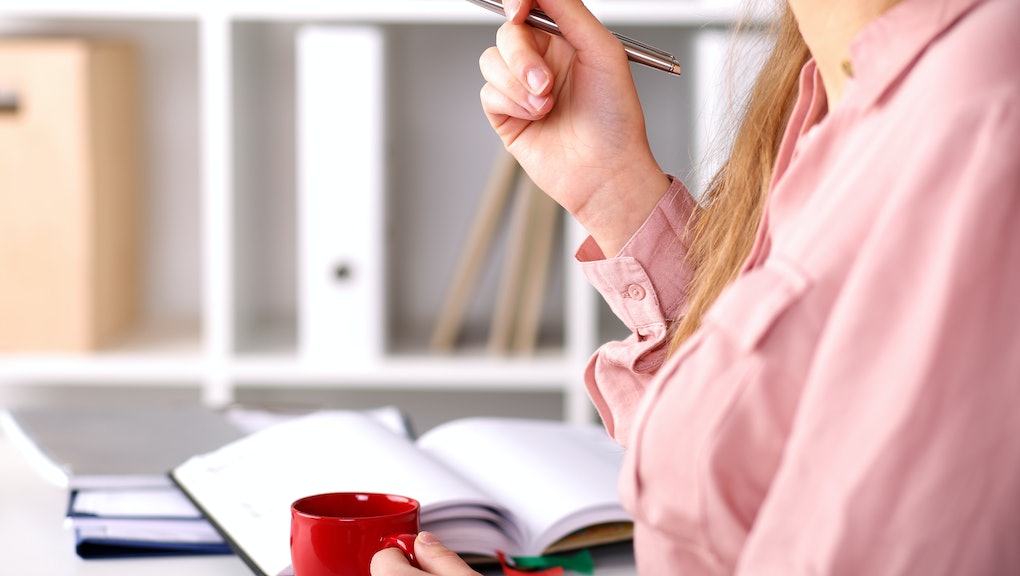 Women are more likely to do invisible housework, study shows

There's a lot of work that goes into maintaining a household that would go undetected by the standard white glove test. Aside from traditional housework like cooking and cleaning, there's "mental housework," which includes the stuff in between — making to-do lists, scheduling doctor appointments and reminding family members of due dates and deadlines.

And — surprise, surprise — women do most of it.

According to USA Today's report on a recent study from research journal Sex Roles, men are "far less likely" to do the same unless it specifically concerns themselves.

"The less selfless the reminder, the more likely that it was issued by a man," Elizabeth Haines, a psychology professor at William Paterson University, told the outlet. "The results certainly suggest that men benefit more from the collective nature of couples' mental work than their female partners do."

These results might be unsurprising considering Americans are still pretty set in their ways about who should do what in the household.

An August study found the majority of people believe women should do the bulk of the housework, regardless of how much hose member of the household earned. The study's participants generally agreed that some chores are strictly feminine — including everything from laundry to child care — while others are undoubtedly masculine, like outdoor work and car maintenance.

And though perhaps we once thought the Millennial generation would catapult us into a more egalitarian world free of that antiquated patriarchal BS, we discovered on Friday that a stunning number of millennial men still think it's "much better for everyone involved" if women are the caregivers of the household.

Which is to say: It's much better for men.

Haines had some advice for men who aren't doing enough and for women who are doing too much — and she put it in much nicer terms than we ever would.

"For men: Understand this isn't nagging – it's reminding you about who you want to be and what you want to do," she told USA Today. "For women: When your partner asks you to remind him for something, you can just tell him: 'Ask Siri.'"