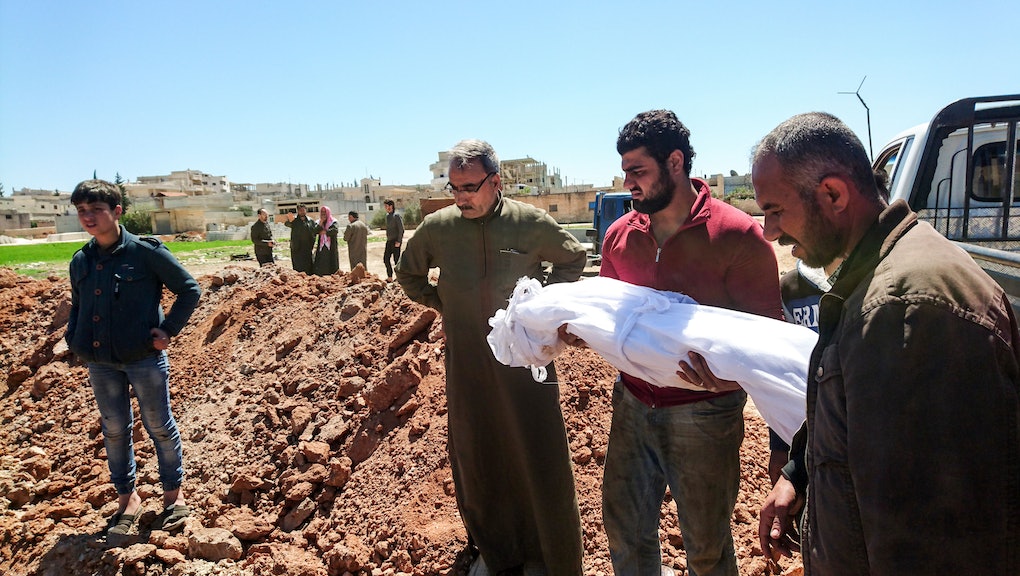 In the days since the horrific attack, many world leaders have condemned the apparent use of chemical weapons and believe the government of Syrian President Bashar al-Assad is responsible.

Reports from the scene were gruesome: People, including children and babies, died, "some writhing, choking, gasping or foaming at the mouth," the New York Times reported, after warplanes dropped early-morning bombs in Syria's Idlib province. The exact number of fatalities has not yet been determined, but some estimates put it at more than 100 dead.

Reuters reports that, so far, 32 people injured or sickened by Tuesday's attack have been evacuated to nearby Turkey. Three of them have died.

During a news conference on Wednesday, President Donald Trump said that Assad's apparent use of chemical weapons had "crossed many, many lines" but evaded the question of whether or not the U.S. would respond with military force, saying "I don't have to have one specific way, and if the world changes, I go the same way. It's already happened, that my attitude towards Syria and Assad has changed very much."

On Thursday, Reuters reported in a tweet that Syria's foreign minister denied that the Syrian army had used chemical weapons.