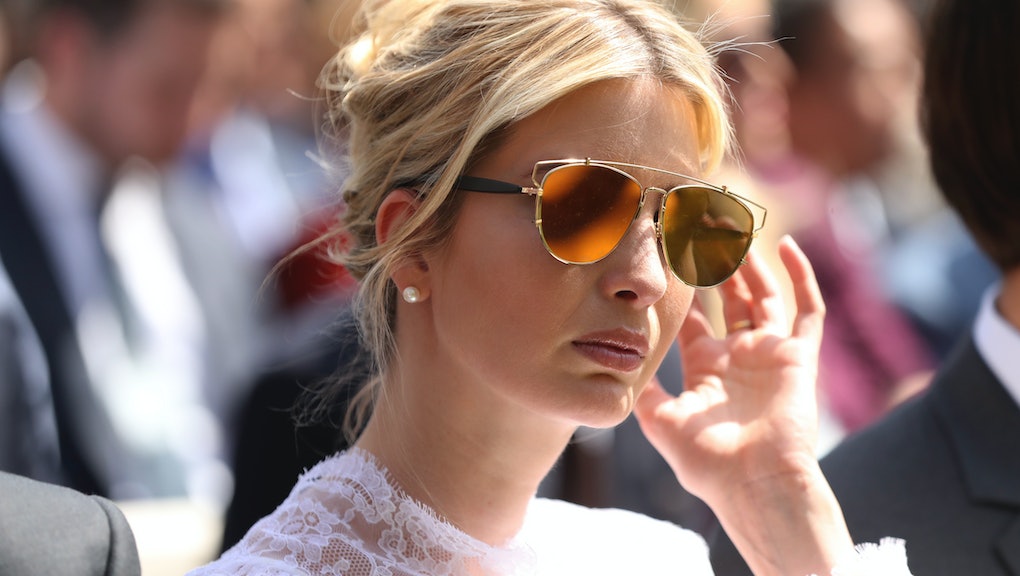 Ivanka Trump made a quiet show of compromise in the aftermath of her father's inauguration, taking a low-profile meeting with Planned Parenthood president Cecile Richards.

Details of the meeting are now beginning to emerge. According to Politico, the first daughter met with both Richards and an unnamed "vocal surrogate" on Hillary Clinton's campaign to ostensibly clear up misconceptions about Planned Parenthood's services.

"The purpose of the meeting, from Cecile's point of view, was to make sure that Ivanka fully understood what Planned Parenthood does, how it is funded, and why it would be a terrible idea for Planned Parenthood to be removed from being able to see Medicaid patients," Dawn Laguens, executive vice president of the Planned Parenthood Federation of America, told the outlet.

Laguens said a crucial part of the conversation, for Richards, was stressing that federal dollars don't actually go toward funding abortions — a small detail that seems to have been lost on Republican politicians bent on stripping these facilities of their funds.

But if for a moment there we thought Trump had finally delivered on her promise to be an advocate for women in her father's administration, we should think again.

Politico reported the "cordial relationship" between Trump and Richard has since "soured," with Richards, like many others, nailing Trump on her complicity in Donald Trump's anti-reproductive rights agenda.

"Anyone who works in this White House is responsible for addressing why women are in the crosshairs of basically every single policy we've seen in this administration," Richards told the crowd at Wednesday's Women in the World conference.

On Thursday, Vice President Mike Pence was the tie-breaking vote on legislation that gives states the green light to withhold federal funds from abortion providers that actually go toward services like breast cancer screenings, STI tests and well-woman exams — not abortions.

Those policies most recently included an end to the United States' contributions to the United Nations' fund for family planning, maternal health and child care, known as UNFPA, all because of its stance on abortion. The U.S.'s support, UNFPA officials wrote, had saved "tens of thousands" of mothers from preventable deaths over the year.

Whether or not Trump could have prevented these decisions, Laguens said Trump must reckon with them.