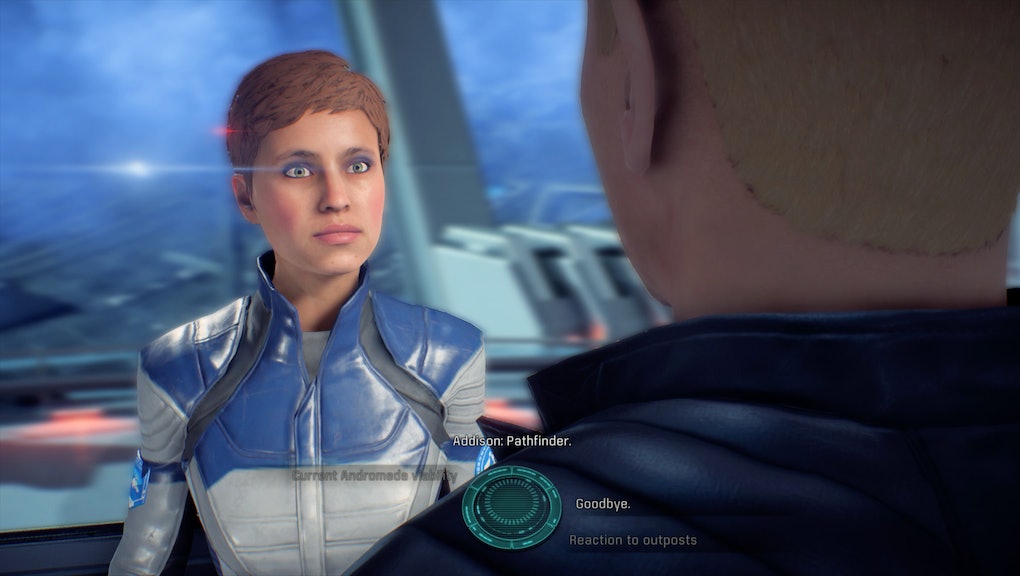 'Mass Effect: Andromeda' Patch 1.05: Facial animations from before and after the update

Mass Effect: Andromeda's first big post-launch patch, version 1.05, is now available for download. It fixes a whole bunch of quality-of-life issues — like increasing inventory space and allowing players to skip those painfully long transition sequences between planets — but the most intriguing part of the patch notes has to do with Andromeda's infamous facial animations.

Here's the relevant part, from the official patch notes:

• Improving the appearance of eyes for humans and asari characters

So, just how drastic are the changes in the new patch? We put it to the test. Check out our comparisons of a couple in-game conversations from before and after the patch below.

Comparing Mass Effect: Andromeda's facial animation before and after patch 1.05

Of course, the nonplayer character with the most infamous facial animations is director Addison, who lives aboard the Nexus. Here's what her dead, emotionless eyes looked like in-game before the patch:

And here's how she looks in-game now:

Her eyelids definitely have a more relaxed, lifelike appearance to them, and the eyes themselves are more reflective in a way that gives them more depth.

Here are the two versions side-by-side:

Alright, moving on to the asari. Here's how a normal conversation with Peebee looked aboard the Tempest before the patch:

And here's how that conversation looks after the patch:

Peebee's face doesn't look as drastically different as Addison's, but the synchronization of her facial model to the actual words she's saying feels a bit tighter. Her blinking rhythm also seems just the slightest bit more natural and relaxed.

We're still combing through all this patch has to offer, but we'll share our findings as we continue looking through it.