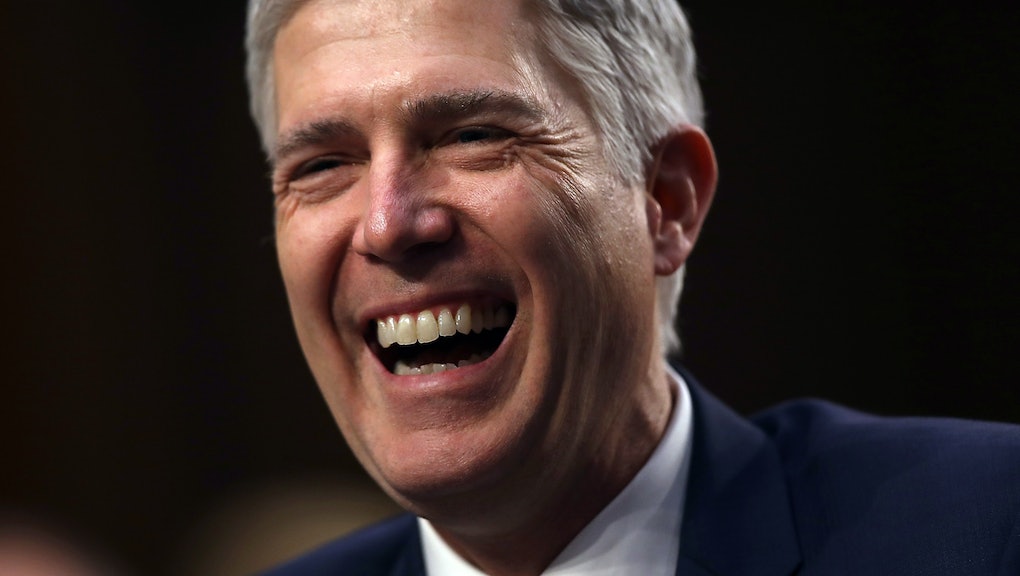 WASHINGTON, D.C. — For the first time, the U.S. Senate has invoked the "nuclear option" to confirm a Supreme Court nominee. Following a Democratic filibuster, Senate Majority Leader Mitch McConnell moved to allow a confirmation vote on Neil Gorsuch with a simple majority vote.

Unable to muster the 60 votes necessary to support bringing Gorsuch, President Donald Trump's Supreme Court nominee, to the floor for a vote, McConnell motioned to change the rules around noon Eastern.

The move was widely expected. On Thursday morning, 45 senators voted to filibuster Gorsuch. That forced McConnell's hand, the majority leader claimed, to change the Senate rules for the first time to bypass a filibuster of a Supreme Court nominee. By a vote of 52-48, the Senate voted to change the Senate rules and bypass the filibuster on Gorsuch — and future Supreme Court nominees. That vote guaranteed Gorsuch will receive a majority confirmation vote sometime Friday — when at least 51 Republicans, and a few Democrats, are expected to support him.

"America's faith in the integrity of the court and the trust of the rule of law will suffer," Senate Minority Leader Chuck Schumer (D-N.Y.) said on the Senate floor before the vote. "The cooling saucer of the Senate will get considerably hotter. The 60-vote threshold is a hallmark of the Senate. It fosters compromise; it fosters bipartisanship."

Democrats said millions of dollars from unknown sources spent to back Gorsuch's nomination were troubling, as are his strict conservative principles. Republicans called Gorsuch "mainstream" and cited widespread support from Gorsuch's judicial colleagues for his Supreme Court nomination.

McConnell charged Democrats with forcing him to change the Senate rules, gutting a filibuster of a Supreme Court nominee for the first time. "This is the latest escalation in the left's never-ending judicial war, the most audacious yet, and it cannot, and it will not stand," McConnell said on the Senate floor.

The "nuclear option" was the only way Republicans could bring Gorsuch's nomination to an up-or-down vote. Historically, the Senate's rules have required 60 votes to advance nominations and legislation. With this development, that standard is all but dead for nominations — but it remains in force for bills considered by the Senate. McConnell told reporters Thursday he will not get rid of the legislative filibuster.

The Senate moved through a winding series of arcane parliamentary motions on Thursday. Senators took multiple failed votes to both break the filibuster and postpone consideration of Gorsuch's nomination, ultimately delaying the inevitable.

Senators were grim as they headed into the Senate to vote on the motion. "It's a bad day for Democracy," Sen. John McCain told BuzzFeed. Senators voted from their desks in the Senate chamber, a rare move intended to show the gravity of the moment.