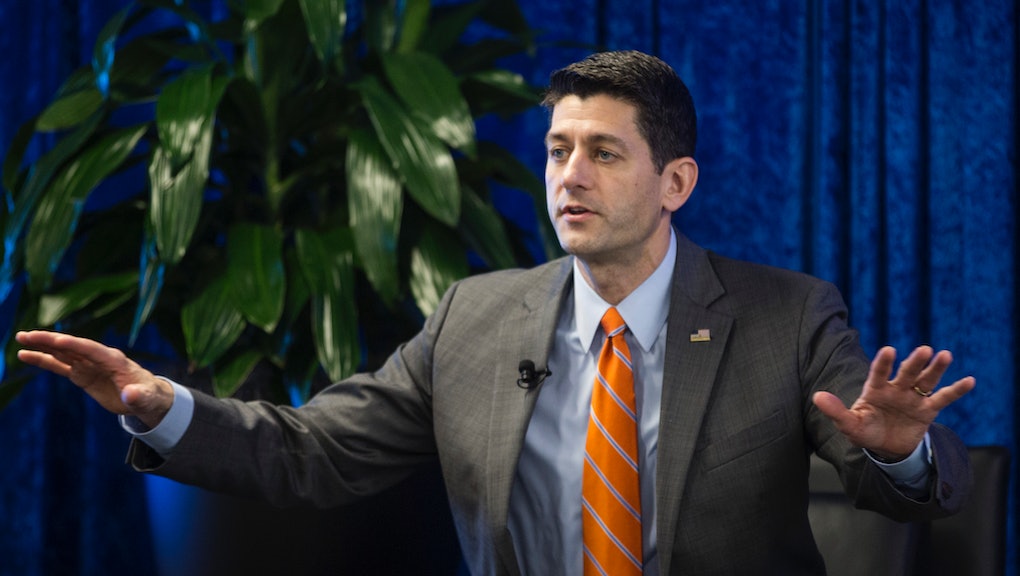 What is happening to Obamacare? How the GOP's efforts at health care reform are falling apart

Republicans voted to repeal the Affordable Care Act, aka Obamacare, more than 50 times while Barack Obama was president of the United States.

The doomed votes were a symbolic effort to assure their constituents that they were committed to opposing the ACA and would repeal it should their party occupy the highest office.

President Donald Trump also made the repeal and replacement of the ACA a cornerstone of his presidential campaign, despite lying about it after he took office.

We're now entering the fourth month in which the GOP has controlled both chambers of Congress and the executive branch of the U.S. government. The ACA remains the law of our land with no serious repeal in sight.

What went wrong, and what's next for the party as they continue to push for their own health care bill?

Trump and Ryan got torpedoed by the Freedom Caucus

Paul Ryan's repeal plan was part of his "A Better Way" agenda for the GOP and would have unraveled some key provisions of the ACA.

The American Health Care Act would have obliterated the individual mandate, removed a number of ACA-imposed taxes and drastically reduced federal support for Medicaid. Maternity and substance abuse care requirements would be stripped. Mental health coverage would no longer be mandated.

For the Freedom Caucus, a far-right coalition within the GOP made up of members affiliated with the Tea Party, all of this wasn't enough. They branded the effort as "Obamacare Lite" because it retained some popular provisions of the ACA, namely the ability for individuals to stay on parents' health care plan until age 26 and guaranteed of coverage for people with preexisting conditions. It also created a "new entitlement" through a tax credit.

Ryan was forced to pull the bill in an embarrassing debacle as his own conference defied him and the Freedom Caucus planned to join the Democrats in voting the bill down.

Mike Pence has tried to appease the Freedom Caucus

Trump sent Vice President Mike Pence to try and smooth the situation over with House Republicans on Monday night, specifically the Freedom Caucus. He suggested a waiver system that would allow states to opt out of two ACA regulations.

Pence returned Tuesday night with another vague compromise plan and was roundly rebuffed.

In early April, conservative Kentucky Senator and eye surgeon Rand Paul held a private meeting with Trump on the golf course to discuss the possibility of a second attempt at healthcare reform.

Paul's plan would retain the ACA's subsidies while reducing the funding for them. This is obviously not the repeal Republicans have been promising, merely a restructuring that could weaken the ACA.

The plan shows the deep divisions and power struggle playing out in the Republican Party, as the popular senator undercuts his own party's speaker to take a plan directly to the president.

Paul went so far as to insult Ryan's plan to the press, saying, "When I talked to people, I still get a sense that the Ryan bill was too big and had a lot of stuff that was objectionable to too many people."

The ACA will almost surely not be repealed

For all of the GOP posturing during the Obama administration, the ACA is simply too popular to be repealed. The ACA now has its highest approval rating ever recorded by Gallup in the history of polling the public on the bill, and only 30% of people want the law repealed.

Note that the ACA enjoys a much higher approval rating than the president or the Republican Party, something of which Trump and Ryan are surely aware.

Plus, Trump has repeatedly promised to retain the coverage of preexisting conditions, a promise that far-right legislators are unlikely to tolerate.

It seems the ACA is safe — at least for now.