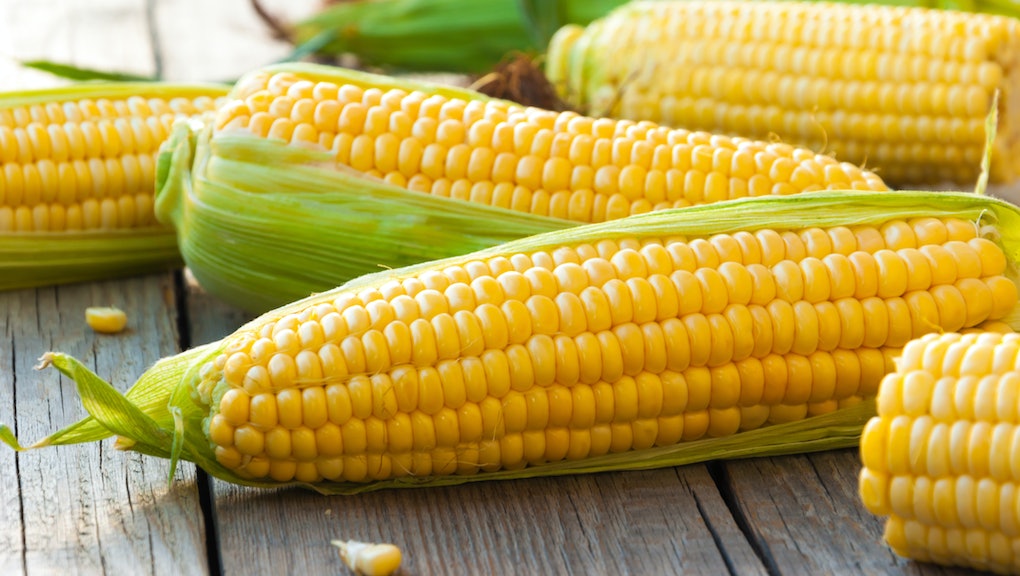 Is corn kosher for Passover? Here's what you need to know

Passover is a complicated eating holiday. While some give up bread and eat pretty much everything else during the eight days (or seven days, for some, to further confuse the situation), others maintain a much stricter observance, avoiding all grains and legumes to keep kosher for Passover.

So what's the whole deal, is corn kosher for Passover or not?

Short answer: "Yes, but you still might not be able to eat it!" Rabbi Becca Walker, senior Jewish educator at Michigan State University Hillel, said in a phone interview.

Food that rises, including grains like wheat, barley, rye, oats and spelt are in a category called chametz, i.e., the foods that are always banned during Passover in remembrance of the bread that didn't have time to rise when the Israelites fled Egypt. "You can't eat anything made with those ingredients, or even food that has been cross contaminated or touched those ingredients, during Passover," Rabbi Walker explained.

However, another category of forbidden foods has developed through tradition. This category is known as kitniyot, which includes corn, rice, beans and other legumes.

"In Judaism, custom can become set [as law], so this custom of not eating corn and rice and beans is only for Eastern European Jews," Rabbi Walker said.

How did this happen?

Around the 13th century, rabbis in Eastern Europe worried about Jewish people accidentally eating the grains the forbidden grains during Passover. "To keep people from accidentally eating those, they banned foods that might be confused as grains," Rabbi Walker explained. This restriction had a dual purpose: Seeds, corn and rice grew in places near the actual grain and they could accidentally get mixed in. Additionally, these types of ingredients were "cooked in similar ways, so rabbis were worried you may eat something like corn bread and forget not to eat actual bread and then you would be violating Passover," Rabbi Walker said.

Today, the custom still exists, but only for Ashkenazic Jews, i.e., Jews descended from Eastern European ancestors. Sephardic Jews, or Jews from the Middle East and Spain, never had this tradition, and therefore don't abide by it.

"Some of the confusion about corn comes in because some Jews eat it and some Jews don't," Rabbi Walker said. "And to complicate it a little more, because it's more of a custom [and not a law] to not eat corn, some people who are Eastern European Jews will eat the corn and rice and beans."

In 2015, the Rabbinical Assembly, a committee which evaluates Jewish laws and standards for the Conservative Jewish sect, officially approved kitniyot for Passover consumption by Ashkenazic Jews, though many still opt to maintain the custom they grew up with of not eating legumes or corn during Passover.

"At the end of the day, Passover isn't about starving yourself and being uncomfortable," Rabbi Walker said, noting she would support people no matter what custom they choose to follow during Passover.