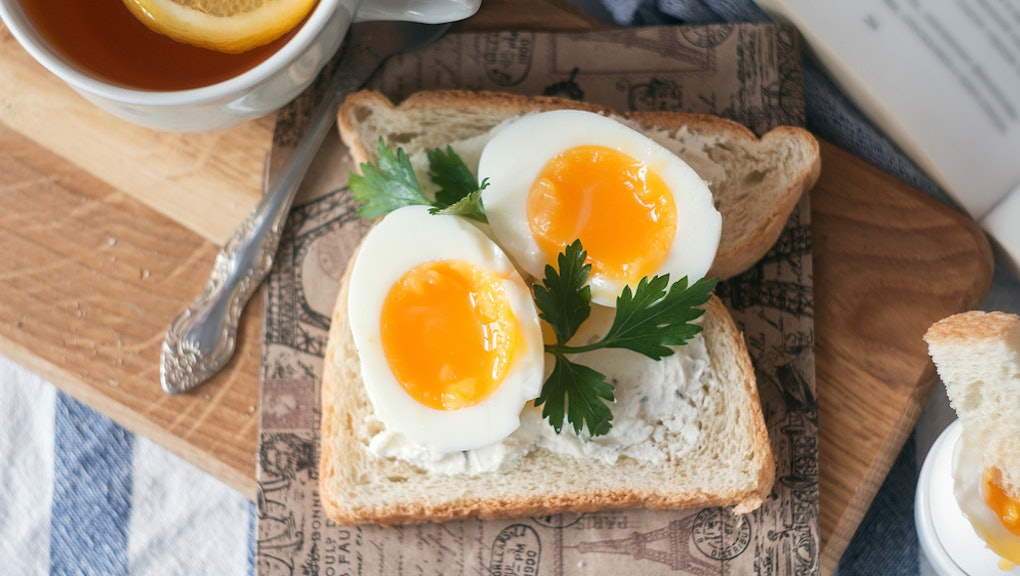 What the world's healthiest countries eat for breakfast

In March 2017, Bloomberg released its annual list of the world's healthiest countries, led by Italy, a nation known internationally for its pasta, pizza and prosciutto. Holding the next highest spots are Iceland, Switzerland, Singapore, Australia, Spain, Japan, Sweden, Israel and Luxembourg.  The United States, a country renowned for its morning sugary cereals, bacon and donuts, holds the 34th place on the list, preceded by nations in Europe, Asia and the Middle East who all have higher health scores than the U.S.

So if, as some argue, breakfast the key to a healthier lifestyle, you may want to take a look at what the world's healthiest countries typically eat for their morning meal. Perhaps espresso or tomatoes on toast may be the key to leading a healthier life, first thing out of bed.

The healthiest country in the world in 2017, this country known worldwide for its carb-heavy delights also subscribes to the Mediterranean Diet, said to be the healthiest in the world. But don't worry, scone lovers, it's not just fish and nuts for breakfast in Italy...

"The traditional Italian breakfast varies based on the city in Italy, but all are centered around pastries and a cappuccino or espresso," pizzaiola Giorgia Caporuscio of New York's Keste Pizza & Vino said via email.

"In Naples, they usually have breakfast with cappuccino or espresso and sfogliatella, a shell shaped sweet pastry which is usually filled," Caporuscio, whose family hails from Naples explained. "Similarly in Rome, breakfast consists of cappuccino and caffe with ciambella, which is their version of a doughnut. However, in Genova they eat salty focaccia with their espresso."

It's well-established that coffee has some supreme health benefits, so do like an Italian and savor a cup every morning. If you happen to add a ciambella every now and again, well, you're making a nonna somewhere very proud.

"Skyr is the staple of the Icelandic diet, widely eaten for breakfast with granola, nuts or stone fruits, mixed with a steaming pot of oats with a side of warm toast and Icelandic butter, topped with heavy cream and berry preserve or stuffed between layers of Pönnukökur, a thin crepe-like pancake," Icelandic chef Gunnar Gíslason of Agern and Dill restaurants said via email.

Skyr is comparable to Greek yogurt: It's packed with protein, healthy fats and its plain versions are often very low in sugar. Most of Iceland's traditional breakfast fare naturally keeps you full and satisfied, without the sugar-crash that comes with something like a bowl of Cocoa Krispies. If you really want to start the day as an authentic Icelander, you might throw in a shot of cod liver oil, which offers mood-boosting vitamin D and may help lower blood pressure, according to WebMD.

Birchermüesli, a granola-like dish created by Swiss doctor and raw food pioneer Maximilian Oskar Bircher-Brenner circa 1900, is still a popular breakfast food in Switzerland today. It's made with oat flakes, lemon juice, condensed milk, grated apples, hazelnuts or almonds. A typical Swiss breakfast, which is known for efficiency more than elaborateness, can also consist of pastries, bread with butter or jam and tea or coffee.

Come weekend, the Swiss often take the time to indulge in brunch, which includes a spread of eggs, bacon, potato pancakes called Röschti, cheese, jam and Zopf, a braided bread made from slightly-sweet dough.

"Singaporean breakfast is very diverse — we eat a ton of stuff!" chef Simpson Wong of New York's Chomp Chomp said via email. "It usually consists of noodles, noodles and more noodles." Wong said that the noodles are usually served in broth, or if they're not in a soup, dry noodles will come with a side of broth. "Very seldom we eat wok fried noodles in the morning," he said.

Other dishes popular in Singapore in the morning, especially with non-Singaporean Chinese residents include Kaya Toast, Roti Pratha, Nasi Lemak or Putu Piring (a steamed rice cake), Wong said, "But mostly, it's noodles."

"Once upon a time, most Australians would have gone for the full English Breakfast: Eggs, toast, sausages, bacon, baked beans, tomato, etc.," chef Tim Harris of New York's Burke & Wills said via email. "However, over the past 20 years the trend has moved towards healthier and innovative options."

According to Harris, breakfast is built around coffee. "Not the dishwater drip stuff or Starbucks slop that is consumed in the U.S., but perfectly made espresso drinks by a talented barista usually in a hip cafe or dispensed through a hole-in-the-wall to passersby," Harris said. "Australians will not tolerate mediocre coffee."

Harris says that Australians eat more for breakfast than just pastries, with avocado toast, muesli soaked overnight in poached fruit liquid and egg dishes being stars of the morning meal. Of course, Vegemite is a popular breakfast spread down under.

Culturally, boozy brunch is not so much a thing in Australia, but rather Australians will go out for coffee and breakfast on weekends and then venture out to a pub for afternoon drinks. "Both rituals remain sacredly separated," Harris said.

Frida Harju, nutritionist at Swedish health and fitness app Lifesum explained that breakfast is an important part of the Swedish lifestyle. Like many Swedes, Harju typically eats eggs for breakfast. "Eggs are a fantastic source of protein and are filled with many nutrients that will help to keep the body healthy, enabling it to fight off illness," she said in an email.

Filmjölk, a fermented milk product similar to yogurt but more sour, is another popular breakfast food. "Filmjölk is loaded with vitamins and healthy bacteria for your gut," Harju said, suggesting pouring an unsweetened version over unsweetened muesli with blueberries or lingonberries, which have antioxidants, and sprinkling the bowl with almonds or walnuts. Open sandwiches, like cheese and ham with cucumber on rye or sourdough, are popular, as well as oatmeal and, of course, coffee.

This article was originally published on April 13, 2017