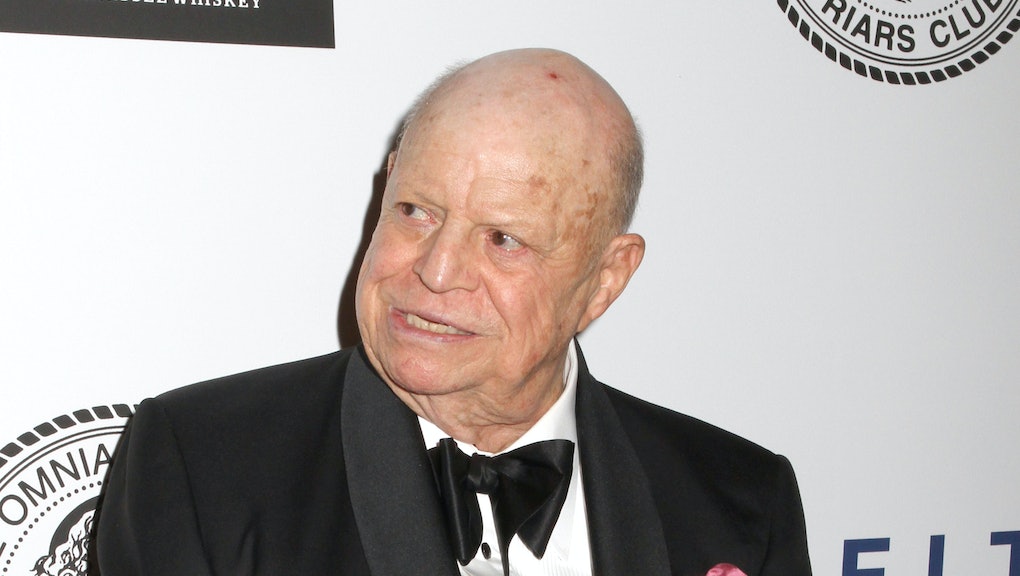 Don Rickles Cause of Death: 'Toy Story' actor and legendary comedian dead at 90

Legendary comedian and long-time actor Don Rickles is dead at the age of 90. A rep for Rickles confirmed his death on Thursday. The comedian died of kidney failure at his Los Angeles home on Thursday, according to the Hollywood Reporter, which cited his publicist.

Rickles was born in New York City on May 8, 1926. He began his career in the spotlight in the 1950s and landed his own series, The Don Rickles Show, in 1972. Although a staple in nightclubs, he had numerous guest appearances on TV shows throughout the years, landing roles on The Bob Hope Show, Sanford and Son, Tales from the Crypt, The Bernie Mac Show and Hot in Cleveland. He remained in show business up until his death, lending his voice to the character of Mr. Potato Head in the Toy Story franchise. Rickles was set to reprise the character in Toy Story 4, which is currently in pre-production for a 2019 release.

Jim Gaffigan, Patton Oswalt, Jim Carrey and more posted on Twitter on Thursday to pay their respects to the late star.