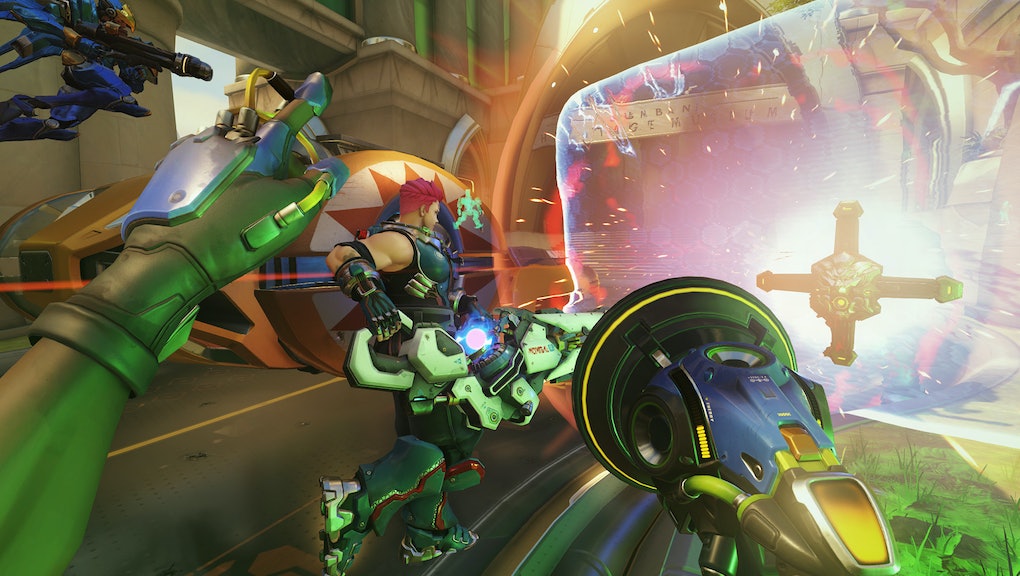 'Overwatch' Jetpack Cat: Blizzard almost included one — so we drew it. Kinda.

It's hard to find many faults in the diverse, colorful Overwatch character roster — that is, until you find out that Blizzard originally had plans to include a character that was literally just a cat wearing a jetpack.

Yeah, I bet you feel pretty mad now, don't you?

This stirring revelation came courtesy of an interview with Overwatch director Jeff Kaplan in Gamespot. Here's the relevant excerpt:

We had done a lot of concepting [in the early design phases for Overwatch] ... There was this one hero that was a huge internal debate on the team because we just loved it so much but it didn't make it. It was this jetpack and it had this cat that laid in it, like a cat does. Then every once in awhile it would paw at the controls. It was a cat in a jetpack.

For some horrifying reason, the folks at Gamespot didn't dig any deeper or ask for concept art or anything, so we decided to let our imaginations run wild.

Look, not every day is a slam dunk for big, investigative, 3,000-word Spotlight-style articles. Sometimes you just wanna sketch cats. And that's the kind of day we're having here at Mic. We put our very own Alex Borkowski up to the task, who reimagined this hero as a regular ol' kitty cat who'd rather curl up for a nap inside his rocket ship than fight evil robots.

Farewell, jetpack cat. We never knew you, and yet we miss you terribly.

Send your own designs for jetpack cat to gaming@mic.com and we'll feature them here.

For more on Overwatch, check out the rest of what Mic has to offer. Here is a look at a very funny but naughty meme on the Overwatch subreddit, an interview with the creator of an awesome new Overwatch zine, a full explanation of the different types of health in Overwatch, our definitive ranking of every Overwatch hero, a roundup of awesome gender-bent Overwatch cosplay and a giant Overwatch FAQ for beginners.