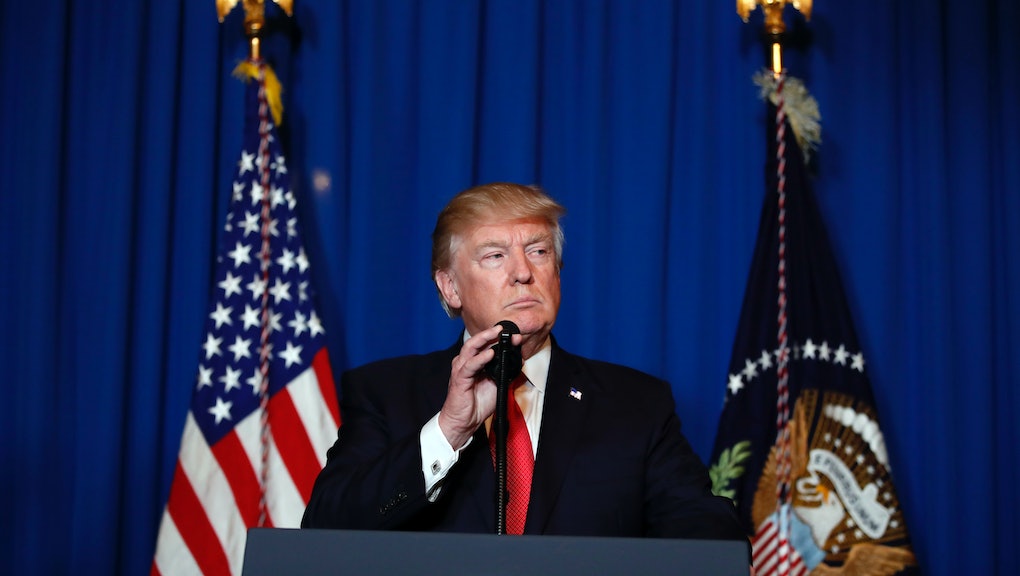 Why did the US bomb Syria? 3 things to know about Trump's attack on Assad

The United States launched a missile strike against the Syrian government Thursday night in response to Bashar al-Assad's regime's chemical attack on its own citizens.

"Tonight, I call on all civilized nations to join us in seeking to end the slaughter and bloodshed in Syria and also to end terrorism of all kinds and all types," President Donald Trump said. "We pray for the lives of the wounded and for the souls of those who passed. And we hope as long as America stands for justice and peace and harmony will in the end prevail."

"Assad choked out the lives of helpless men, women and children," Trump said Thursday. "We ask for God's wisdom as we face the challenge of our very troubled world."

Here's what to know about Thursday's attack on Syria.

Assad's chemical attack was the latest in a brutal civil war

The Trump administration's strike against the Syrian government was apparently a reaction to the Assad regime's chemical attack this week on its own citizens.

Assad's attack marked the latest chapter in a civil war that has raged for six years, resulted in more than 470,000 Syrian deaths and developed into the deadliest conflict of the 21st century.

Trump suggested Syria horror is a result of Obama inaction

Trump blamed his predecessor, Barack Obama, for the carnage, and said Wednesday that the chemical attack "crossed a lot of lines" for him.

Trump repeatedly criticized Obama for his "weakness and irresolution" in enforcing his red line against the Syrian government's use of chemical weapons.

"President Obama said in 2012 that he would establish a 'red line' against the use of chemical weapons and then did nothing," Trump said in a statement. "The United States stands with our allies across the globe to condemn this intolerable attack."

But Obama did not do "nothing" — his administration moved to destroy Syria's stockpile of chemical weapons. It also began conducting airstrikes against ISIS forces in the country in 2014. And Trump previously indicated — 45 times on Twitter alone — that he did not support U.S. military intervention in Syria.

But Trump, who authorized Thursday's strike without congressional approval, responded quickly to the chemical attack in a major foreign policy shift for his administration.

What's next for Syria after U.S. strikes?

It isn't clear what will happen after the U.S. attack on the Syrian government.

The attack has generated mixed opinion in the U.S. government, and has raised questions about how the international community — particularly Russia, a strong ally of Syria — will respond.

"This escalation is short-sighted and will lead to more dead civilians, more refugees, the strengthening of al-Qaida and other terrorists, and a possible nuclear war between the United States and Russia," Gabbard said in a statement.