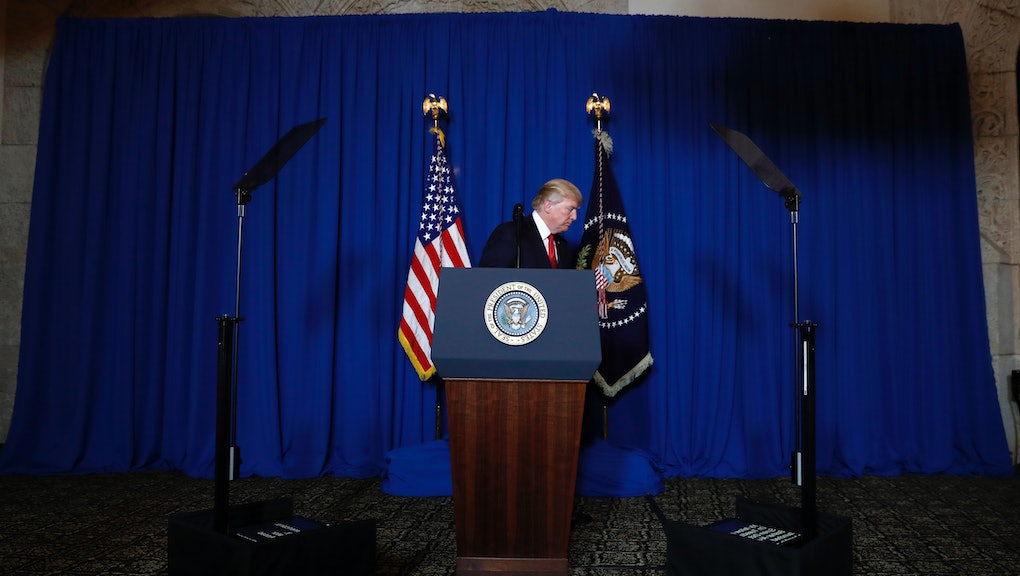 President Donald Trump's administration ordered a missile attack on the Syrian government's al-Shayrat airbase near Homs on Thursday evening, taking a rapid about-face on Syrian President Bashar al-Assad to a military conclusion in the wake of a chemical attack which killed scores and left hundreds injured.

But Trump has repeatedly spoken out against attacking the Syrian government, suggesting U.S. involvement in the conflict could make a bad problem worse and possibly lead to a global war.

"What we should do is focus on ISIS," Trump told Reuters. "We should not be focusing on Syria. You're going to end up in World War III over Syria if we listen to Hillary Clinton.

"You're not fighting Syria any more, you're fighting Syria, Russia and Iran, all right? Russia is a nuclear country, but a country where the nukes work as opposed to other countries that talk."

In 2015, Trump blasted his GOP rivals with near-identical rhetoric: "They want to start World War III over Syria. Give me a break. You know Russia wants to get ISIS right. We want to get ISIS. Russia's in Syria. Maybe we should let them do it?"

Here's a sampling of Trump's tweets about Syria:

However, Trump did suggest several times that were he to attack Syria, he would do so without much buildup.