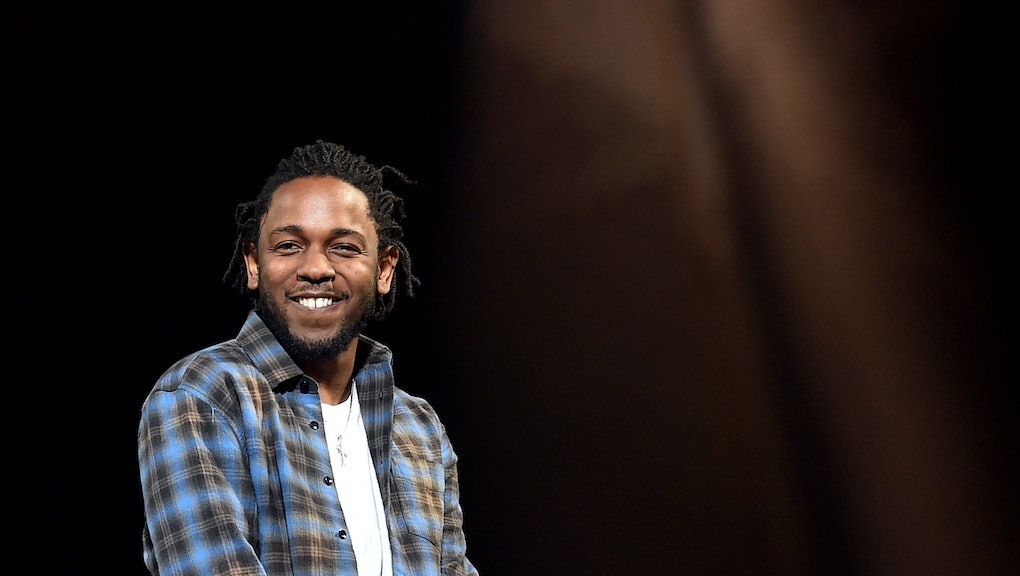 Many looking forward to Kendrick Lamar's new music thought they would hear his fourth studio album today, after the rapper teased date April 7 on his track "The Heart Part 4." It was suspected that the date was in reference to when his next album would be coming out, but it turns out that was all speculation. The official drop has now been set for Friday, April 14. The pre-order link is now available on iTunes.

As of early Friday morning, Lamar's album remains untitled. But we were filled in on some of Lamar's collaborators for the release: DJ Dahi, Sounwave, 9th Wonder, Alchemist and U2 are credited on the project, Pitchfork reported. Mike WiLL Made-It, who produced Lamar's latest song, "Humble," is also listed.

Lamar previously spoke with T magazine about the subject matter of this album. He revealed that it would be an "urgent" project made with his community in mind.

"I think now, how wayward things have gone within the past few months, my focus is ultimately going back to my community and the other communities around the world where they're doing the groundwork," he said in the interview.

Lamar's album release is perfectly timed for his headlining performance at Coachella festival, which kicks off Friday, April 14.