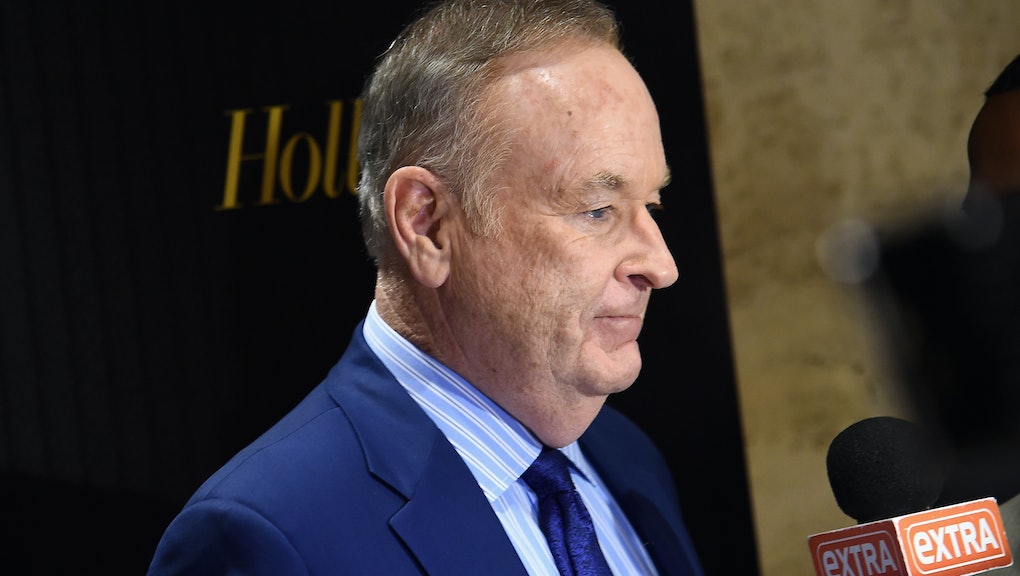 Bill O'Reilly's new book has a section about consent

Recently, Bill O'Reilly released Old School, a book-length tirade against "snowflakes" and in favor of traditional values. Besides being the equivalent of an old man yelling at children from a lawn chair, the book also has something to say about consent and sexual harassment.

During one chapter, in which O'Reilly gives dating advice, he reminds the reader that, though he hates snowflakes, he agrees that consent is a good thing.

"It would be easy to make fun of all the hoops college administrators expect their students to jump through today before they engage in any kind of intimacy," he wrote, according to CNN. "But there's no middle ground here. It's all about the Old School tenets of respect and responsibility. No means no."

O'Reilly's consent lesson comes as a bit of a surprise given that, less than a week ago, news broke that he and Fox News doled out $13 million to a bevy of women who sued the commentator for sexual and verbal harassment.

In the wake of the news, big-name advertisers fled O'Reilly and his primetime show, The O'Reilly Factor, freeing up room for truly B-list commercials to air during the show.