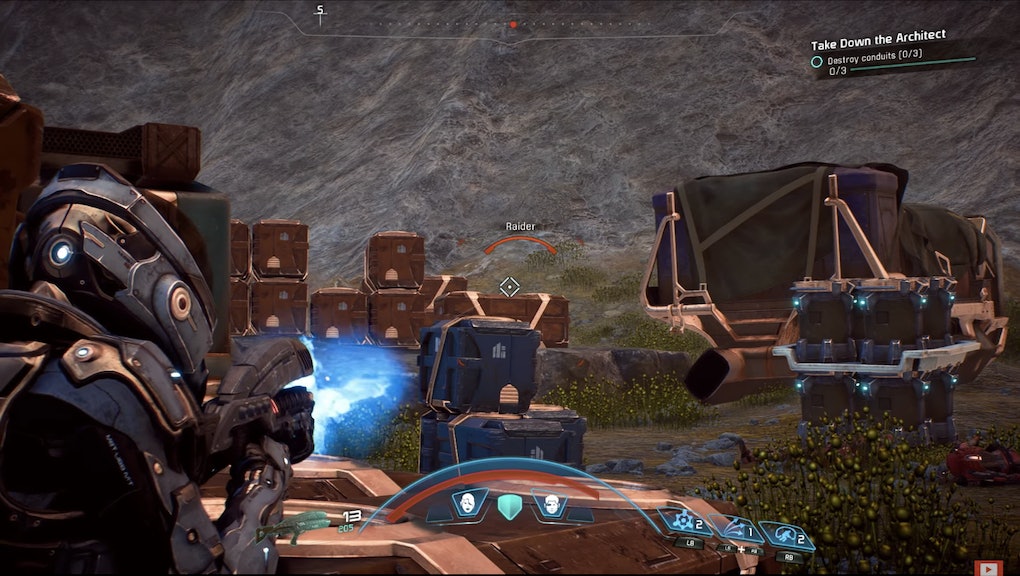 Mass Effect: Andromeda's 1.05 patch was the game's first major, post-release update. It introduced better facial animations for human and Asari characters and a wealth of multiplayer adjustments and improvements, as well as the promise of future patches dealing with community complaints about Hainly Abrams and a lack of same-sex romance options for Ryder. Players also reported about a new task called "Earn Your Badge" that is available for completion in the Nexus.

Normally, the promise of new content would always be exciting, but there's just one problem with Earn Your Badge: It's glitchy as all get-out and might not even be completable.

Mass Effect: Andromeda "Earn Your Badge": Players are having a lot of issues completing the new task

"Earn Your Badge" is a task you can accept on the Nexus post-patch 1.05 from the angara Culture Centre near the docks, according to Reddit. From there, you have to head to Voeld and kill some remnants, at which point you'll be able to come back and talk to the quest giver for a reward.

In theory, that's how it should work. However, searching for the quest online will lead to any number of posts explaining that the quest doesn't work and that players on the PS4, Xbox One and PC are all having similar issues.

Mass Effect: Andromeda "Earn Your Badge": How to fix the bugged spawns in the quest

According to players, one of the main issues with the quest is killing the remnants on Voeld. If you do it too quickly, the game won't actually spawn in enough remnants for you to complete the quest. Annoying, but several redditors explained they managed to circumvent this bug by killing one of the remnants less quickly.

Redditor connollyuk91 amended a complaint they'd posted about the bugged spawn, writing, "Edit: to get the remainder of the remnant to spawn you have to not kill the destroyer too quickly as they appear linked to a timer of some sort?? Basically BioWare gave us a mission which said hey, kill these things really quickly, then the mission bugs if you do indeed kill things too quickly."

Mass Effect: Andromeda "Earn Your Badge": Can you even complete the quest?

Unfortunately, as of Friday afternoon, it doesn't appear so. While killing the remnants more slowly might help you complete that portion, it doesn't help most players having the second issue with the quest. The quest giver won't actually recognize that you've beaten the quest one you go back to them.

However, redditor TheEmpiresArchitect had an unorthodox solution that seemed to work for them:

After receiving the mission, I talked to the guy again and it acted as though I completed the quest. But I still had to go do it! So after I completed the 3 tasks (first try no bugs on spawns and whatnot) he said let's talk. Well since I had already talked to him prior it just autocompleted.

If you haven't picked up the quest yet, that may be worth giving a try if you're worried about not being able to complete it. Out of about three pages of confirmations on the Mass Effect Answers site, only one user stated that they were able to successfully complete the quest.

From the look of things, you might just be out of luck if you like having a clean quest log and have already accepted this quest. You'll get 'em in patch 1.06, BioWare.