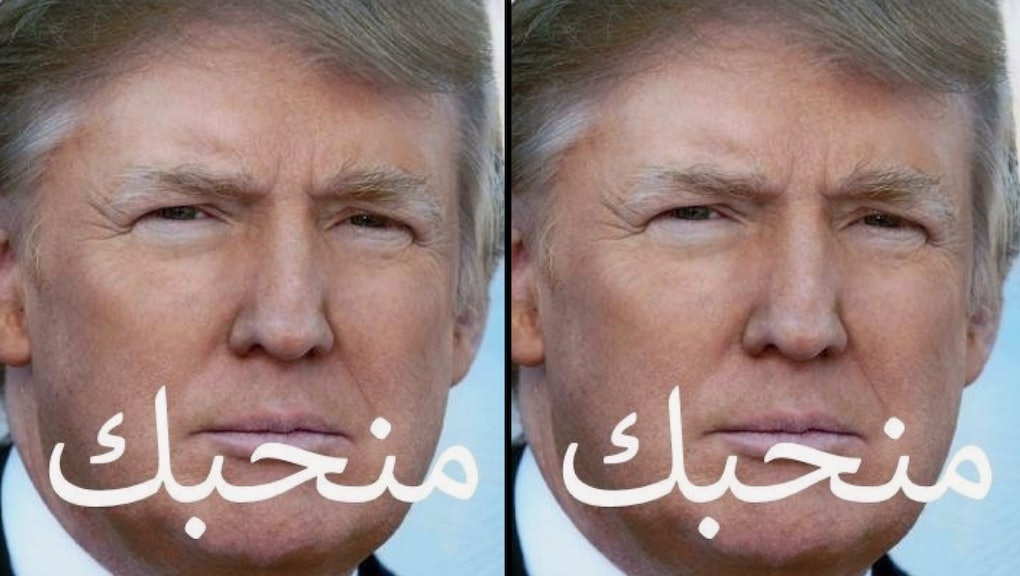 Some Syrians are replacing their Twitter profile pictures with President Donald Trump's face after he ordered a missile attack on Syria Thursday night — a sign of support for Trump and his military involvement, according to the Independent's Indy100.

The president's dramatic decision to launch missiles at an air base in Syria was prompted by Syrian President Bashar al-Assad's alleged deployment of chemical weapons Tuesday, killing scores of civilians. Trump's retaliation has produced a flurry of reactions from politicians, pundits and ordinary citizens. Responses range across the spectrum, including condemnation, ambivalence, caution and support.

Some of the pro-Trump contingent includes those changing their profile pictures in solidarity. One particular image circulating has "we love you" emblazoned in Arabic across the president's face.

Here are some of those Twitter profiles, as identified by Indy100.

Instead of avatar changes, other Syrians in the twittersphere chose to communicate their approval of the president's actions through the written word.

But there has also been outcry at Trump's military intervention, some of which has equally come from concerned Syrians on social media.

Uncertainty looms regarding Trump's next steps: The president initiated the attack without a clear policy on how and to what extent America should be involved in the Syrian civil war. The only certainty, perhaps, is that whatever Trump does next, it will be met with both categorical support and scorn.