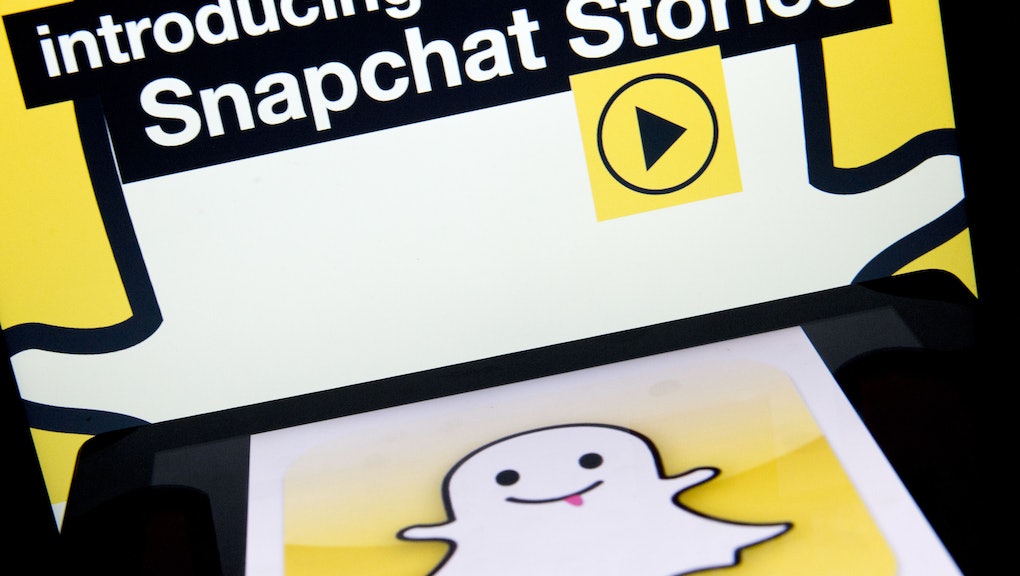 Hard to believe it was way back in 2013 when Snapchat debuted "stories." The nifty feature allowed users to post photos and snippets of video that became instantly accessible to all their friends on the app, but just for 24 hours.

Three years later, in a clear encroachment on Snapchat's turf, Instagram introduced its own, basically identical, "stories." At this point, it was a foregone conclusion that Facebook — which owns Instagram — would likewise tweak its mobile app. The rollout last week wasn't exactly a triumph. And with the bombing of that pointless update, "stories" became ripe for memes.

The initial, widely plagiarized version of the joke, which surfaced on Spanish-language and Portuguese-language social media weeks before the Facebook announcement, held that Microsoft was adding "stories" to its spreadsheet program, Excel.

By early April, the English-speaking world was onto it, and a new iteration posted by the account @memeprovider went viral. In both cases, the meme's potential was immediately obvious: A little Photoshop work is all it takes to give anything and everything a completely unnecessary "stories" feature.

In 2017, stories are unavoidable. No program, no device, no piece of apparel nor foodstuff can be without a row of circular avatars promising up-to-the-second content. If something doesn't have stories, does it even really exist?

At first glance, the meme just feels like the extension of an once-original concept to its most absurd extremes. Yet in that game there lies a veiled critique of our culture itself, at least as Silicon Valley attempts to engineer it: These days, instead of offering us anything new, entrepreneurs simply exploit or steal other people's ideas and pitch their apps as "Uber, but for [X]."

These days, instead of offering us anything new, entrepreneurs simply exploit or steal ideas and pitch their apps as "Uber, but for [X]."

Each product now seeks to be all things to all people, and always fails in the effort. Of course Denny's waffles don't need stories — waffles alone would suffice.

In light of the fact that nobody's using Facebook stories, there's another layer to these punchlines: The more saturated we are with curated, individuated content — the more the social-mediafication of our world accelerates — the less we really care about this stuff. We already have countless ways to keep up with friends and create a personal brand or online footprint. How often do we have to keep on shrieking, "Hey! I'm here! Doing things! Check it out!"?

The recursion of a meme that declares "Snapchat stories will now have stories" is perhaps the pinnacle of this commentary; it shows an uncanny awareness of how companies seem to cannibalize themselves in grasping for our attention.

The bleakest read on this meme would be that most stories simply aren't worth telling — and that we devalue the important narratives of our lives by attempting to package each minute of each day for consumption by remote acquaintances.

You can slap a "stories" feature wherever you want, but in the end, what you're left with is banal reports from a future that nobody asked for. If you really want someone to see, hear or read something of relevance, you'll do what normal, civilized human beings have done for years: shoot them a DM.