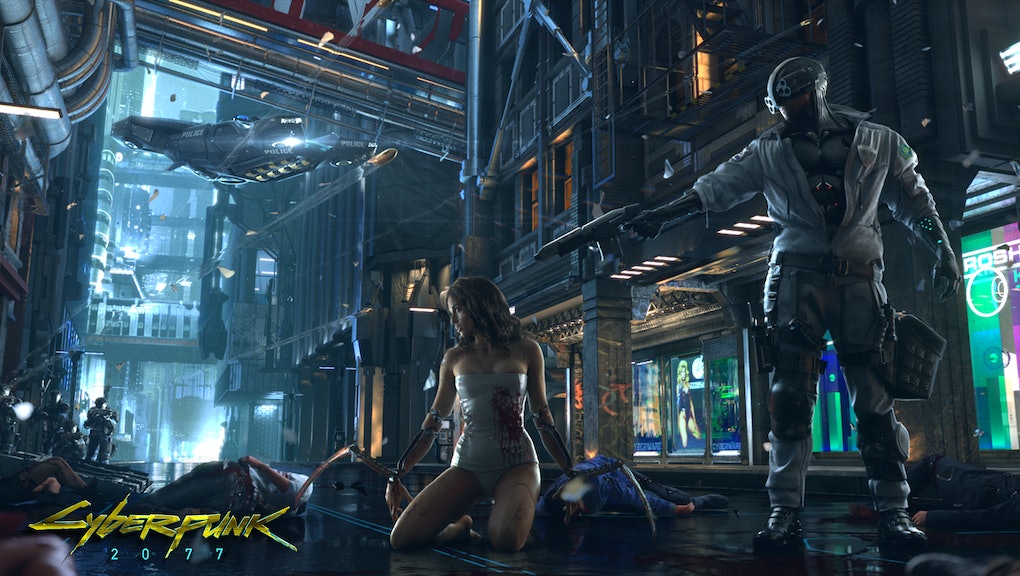 After delivering one of the most widely beloved RPGs of all time in The Witcher III, publisher CD Projekt would have to do something really strange to earn any ire between now and the release of their next big project, Cyberpunk 2077. For example, they'd have to file a trademark for the term "cyberpunk," a decades-old genre name that just happens to also be the name of their next game.

CD Projekt did just that, prompting a small dustup on Reddit about the company's right to essentially own a word it didn't create. In response, CD Projekt issued a pretty comprehensive defense of what is actually a common business practice.

If you don't feel like reading that huge wall of text, here's the deal: CD Projekt wants the right to make any future games and expansions to Cyberpunk 2077 using that same naming convention without legal challenges from other creative entities. No, it doesn't mean CD Projekt will stop anyone else from using the word "cyberpunk" in the title of their game, or from making games with cyberpunk settings. If EA wants to make the sequel to Syndicate the world demands, for instance, there's nothing CD Projekt can — or wants to, so far as we know — do about it.

In short, it's a self-defense measure to make sure CD Projekt can make a future game called something like Cyberpunk 2078 without any trouble. If anyone else wants to use the word "cyberpunk" in a title, CD Projekt won't do anything to stop them unless it would confuse consumers into thinking the two projects are related.

Cyberpunk 2077 is set in the same universe as the pen-and-paper role-playing game Cyberpunk 2013, similar to how The Witcher was based on a series of Polish fantasy novels. Not much is known about it, but we do know that it's an open-world RPG with single and multiplayer elements set in a futuristic metropolis called Night City. The multilingual denizens of Night City communicate using translator chips and do something called "braindancing" with each other, which all sound like interesting avenues for storytelling. It's launching on PlayStation 4, Xbox One and PC whenever it's ready. That could be anywhere from 2017 to 2021, according to GameSpot.

The only glimpse we've gotten of Cyberpunk 2077 is a teaser trailer from four years ago, so it's been in the works for a while. Check it out below.