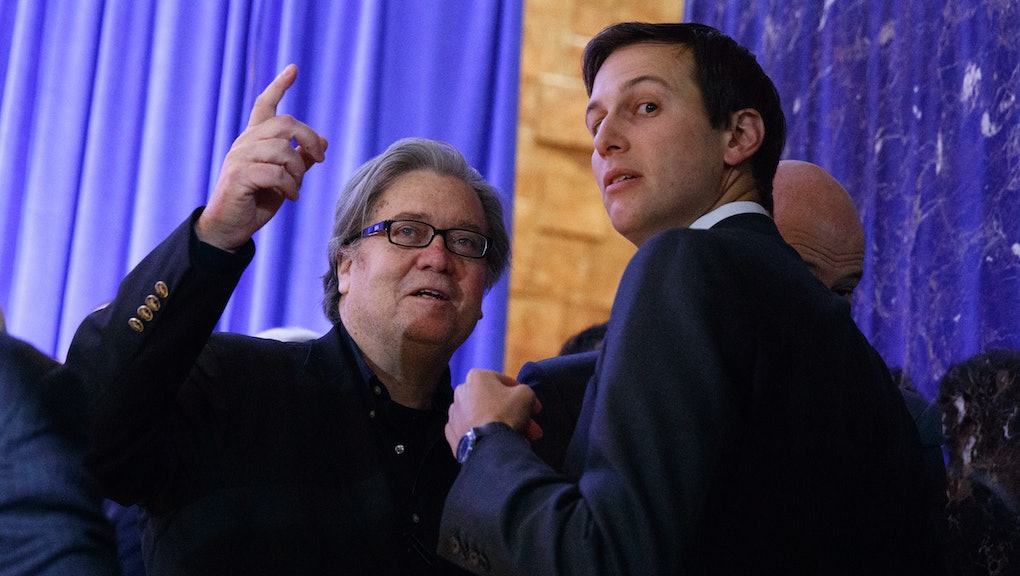 #FireKushner or #FireBannon? Conservatives clash on Twitter over who Trump should axe.

Amid numerous reports of a power clash between Chief Strategist Stephen Bannon and top adviser Jared Kushner, including reports that Bannon calls Kushner a "cuck" behind his back, conservatives on Twitter began fighting among themselves as to who should get the heave-ho.

Evan as rumors began swirling that the president himself was considering a shake-up, which would see Bannon (and Chief of Staff Reince Priebus) leave the White House, many Donald Trump supporters on Twitter still seemed to align with Bannon and called Kushner names like cuck, denounced his "globalist" agenda and accused him of not wanting to make America great again. They also hurled a few anti-Semitic barbs his way.

Though not as many in number as #FireKushner, a few people did come out against Bannon, the former Breitbart editor, and the calls came from both sides of the aisle.

But amid the fighting, at least one group of people seemed to be having a great time: Democrats who were happy to see squabbling among the right out in the open.

Who knows whether #FireKushner or #FireBannon will prevail. The latest word out of the White House is that the two members of Trump's inner circle are trying to bury the hatchet.