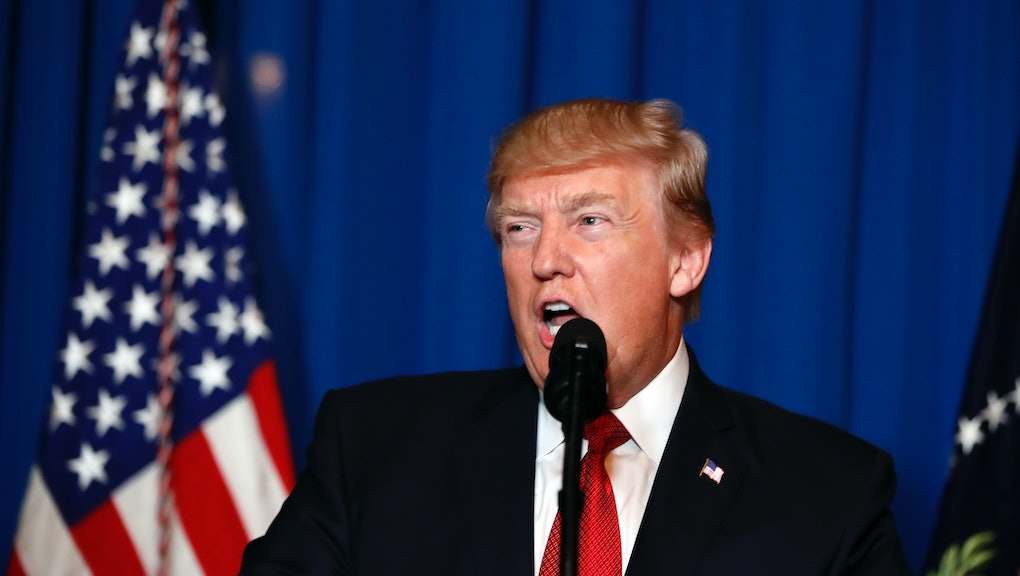 Trump won't say what his Syria policy is. We asked the experts: what's next?

Less than 48 hours after the Trump administration's missile strike on a Syrian airfield, tensions in the region are already escalating. After Russian President Vladimir Putin called the strike an "act of aggression," reports came out that a Russian frigate armed with missiles was headed for the region. Despite the attack, Syria has continued using the base, according to Syrian rights activists. And CNN reported Saturday that Khan Sheikhoun, the town subjected to the chemical attack that spurred the U.S. strike, was again the target of bombing over the weekend.

What, though, comes next?

The initial opening up of a new American war front against the government of Bashar al-Assad came as a shock to the nation, and few answers are available. The Trump administration has not exactly been forthcoming. President Donald Trump has hewed to a position of evasiveness about his intentions in Syria (except for bowing to Moscow's demands for answers). Experts on Syria and American foreign policy are left to try to make sense of it all amid Trump's ambiguity and a fluid situation on the ground.

Some experts reached by Mic said that, for the most part, our involvement in the region isn't likely to change that much.

"This was a warning shot to the Assad regime," said Doug Ollivant, a senior fellow at the New America Foundation and a former National Security Council Director for Iraq in both the Bush and Obama administrations. "Implied is that there would be an even greater or punitive strike were there to be a repeat [strike]."

"This was a warning shot to the Assad regime."

Others felt that the ball is now in Russia's court. "After launching this attack the direction that U.S. policy goes is out of U.S. hands." said Valerie Szybala the executive director of The Syria Institute, a research group. "I don't think the Syrian government would risk a big move without Russia's approval and support."

Russia has long been a backer of the Assad regime and, as of fall 2015, began providing Assad robust military support. During the presidential campaign, Trump signaled that he would be willing to work with Russia in the region to combat ISIS. Now, for the first time in his presidency, Russia and the U.S. appear to be in conflict over a major foreign policy issue.

"Russia does not actually want war with the U.S., and so it's not willing to take ultimate risks."

While experts seem hopeful that the strike won't lead to any radical escalation, some are not so sanguine about the future. Stephen Miles, the executive director of Win Without War, a coalition of groups who opposed the wars in Iraq and Afghanistan, fear the worst of the Trump administration's Syria policies.

"One of the most troubling aspects of this intervention though is how dangerously quick this could spiral into a major military confrontation," Miles said.

"The truth is that Donald Trump has no plan for ending the human suffering in Syria."

"The truth is that Donald Trump has no plan for ending the human suffering in Syria," added Miles. "His administration is steaming full speed ahead with policies that would dramatically make that suffering worse from banning Syrian refugees entry into America to slashing funding for the very agencies that help feed and shelter those caught in war zones like Syria."