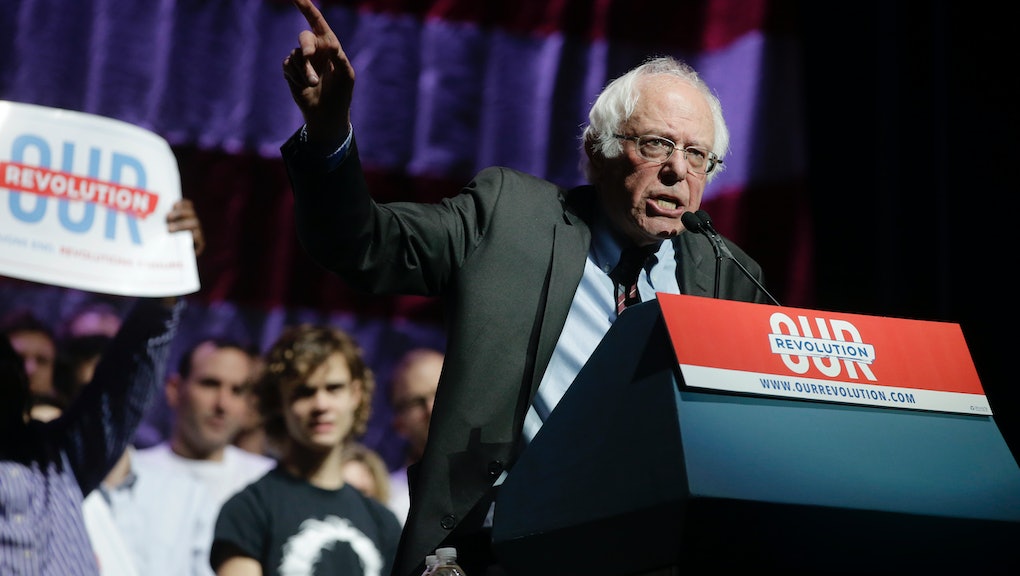 Being wealthy means staying healthy, according to a new series of studies.

These studies in medical journal The Lancet explored how economic inequality exacerbates health inequality. As part of the series, researchers outlined growing "survival gaps" across populations of different income brackets.

According to the survey, the wealthiest 1% of Americans live 10 to 15 years longer than the poorest 1%. But the advantages of income go beyond just being the 1%. Middle- and high-income earners have seen a two-year gain in life expectancy since 2001. The poorest 5% of Americans haven't seen any gain at all. Researchers predict that, if current trends continue, the lifespan gap between the poorest 20% and the richest 20% could get larger, with the current five-year gap possibly increasing to 13 years.

Researchers outlined a bevy of factors that are behind the widening gap: unequal access to new technologies, concentrated poverty, less economic mobility, mass incarceration and higher costs of medical care. They warned that, if these systemic issues are not addressed, Americans could see a "21st-century health-poverty trap."

These overlapping factors mean that, when poor people can afford care, they often only have access to lower-quality care.

"Poor people, who can least afford it, pay a higher percentage of their income for health care for poorer results," David Himmelstein, lead author of the series, told Vice. "The rich spend less on health care and are generally healthier and have less need."

Another article in the series explored the specific effects of mass incarceration on Americans health. According to the study, mass incarceration, which overwhelmingly affects black Americans, is generally associated with worse mental and physical health outcomes.

Compared to those who have never been incarcerated, people who spend time in America's prisons have a higher prevalence of infectious diseases, including HIV, hepatitis C and chronic conditions like diabetes and hypertension. They also have higher rates of substance abuse and mental illness. While some people's health improved during incarceration, the study said that because prisoners are often released without medications or a follow-up appointment in their community, their health suffers.

"Because the USA incarcerates many more of its citizens than do other developed democracies, mass incarceration might have contributed to the country's lagging performance on health indicators such as life expectancy," the study reads.

The state of America's health care system is currently in flux after the Republicans' failure to repeal and replace the Affordable Care Act, a major policy initiative of the Trump administration.

After that failure, Bernie Sanders said he planned to introduce "Medicare for All," a single-payer legislation to Congress. Currently, the majority of Americans, including Republicans, favor universal health care.