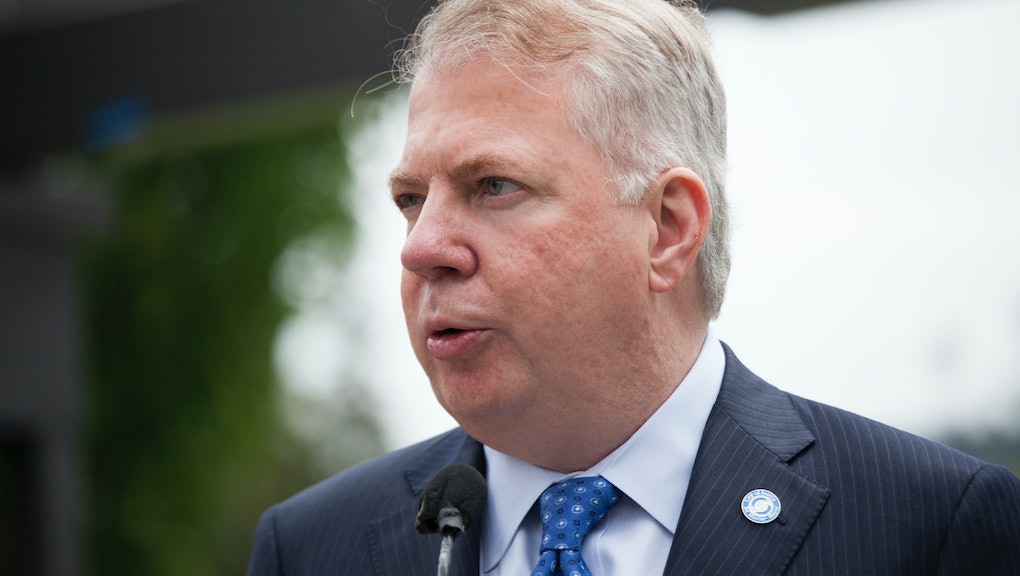 Seattle Mayor Ed Murray is being accused of having "raped and molested" a 15-year-old boy in the 1980s in a lawsuit a representative for the mayor called "politically motivated."

The accuser — now 46 — claims Murray sexually abused him over the course of several years beginning in 1986.

Murray — who is currently running for re-election — denied the allegations and vowed to stay in the mayoral race.

"To be on the receiving end of such untrue allegations is very painful for me. It is painful for my husband and for those who are close to us," he said in a brief news conference Friday. "I understand the person making these accusations is troubled, and that makes me sad as well."

D.H., as the accuser is referred to in the lawsuit, was a drug-addicted high school dropout at the time of the alleged abuse and told the Seattle Times that he was coming forward about the "the shame, the embarrassment, the guilt, the humiliation" Murray allegedly put him through as part of his "healing process."

But a representative for the Democratic mayor claimed the lawsuit was politically motivated and "intended to damage a prominent elected official who has been a defender of vulnerable populations for decades."

"It is not a coincidence that this shakedown effort comes within weeks of the campaign filing deadline," Murray's spokesperson Jeff Reading said in a statement. "These unsubstantiated assertions, dating back three decades, are categorically false."

Murray — who has been in office since 2014 — is regarded as a progressive mayor and fought to legalize same-sex marriage in the state and to raise the city's minimum wage to $15 per hour.

But he has also has a history of sexual abuse allegations, which he has also vehemently denied.

Two men — Jeff Simpson and Lloyd Anderson — previously accused Murray of abusing them as teenagers, the Times reports, and told the paper they would testify in D.H.'s lawsuit if needed. The allegations in the suit filed Thursday share similarities with Simpson and Anderson's stories, but this is the first time Murray has faced a public formal accusation, according to the paper.

Murray, 61, said that the allegations were a matter for the courts to decide and promised to stay in the race.