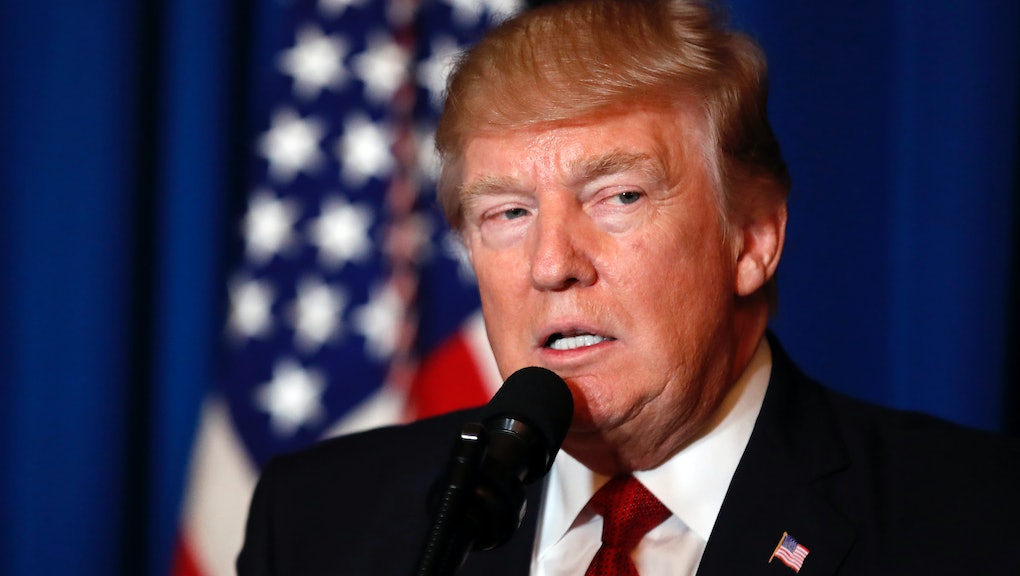 President Donald Trump on Saturday defended his decision to strike a Syrian air base this week in a letter to Congress and a pair of tweets — one of which contained a bizarre explanation for why he apparently did not target the airport's runway.

"I acted in the vital national security and foreign policy interests of the United States, pursuant to my constitutional authority to conduct foreign relations and as Commander in Chief and Chief Executive," Trump wrote in his letter to Congress.

While he was required to explain the use of force to Congress within 48 hours of the military action under the War Powers Resolution, according to the Hill, he was not required to tweet his thoughts on the matter — but did anyway, because he is Donald Trump.

The latter tweet followed reports that two Syrian jets took off from the airfield targeted in Thursday's attack, and was perhaps a response to a Russian military spokesman describing the raid that left the base's runways intact as having "very low" efficiency. The tweet caught the attention of Twitter's large community of Trump mockers.

Trump's strike against the government of President Bashar al-Assad killed nine civilians, according to Syrian state media, and was condemned by Syria and Russia. Several members of the U.S. media — along with U.S. leaders — praised Trump for ordering the air raid.