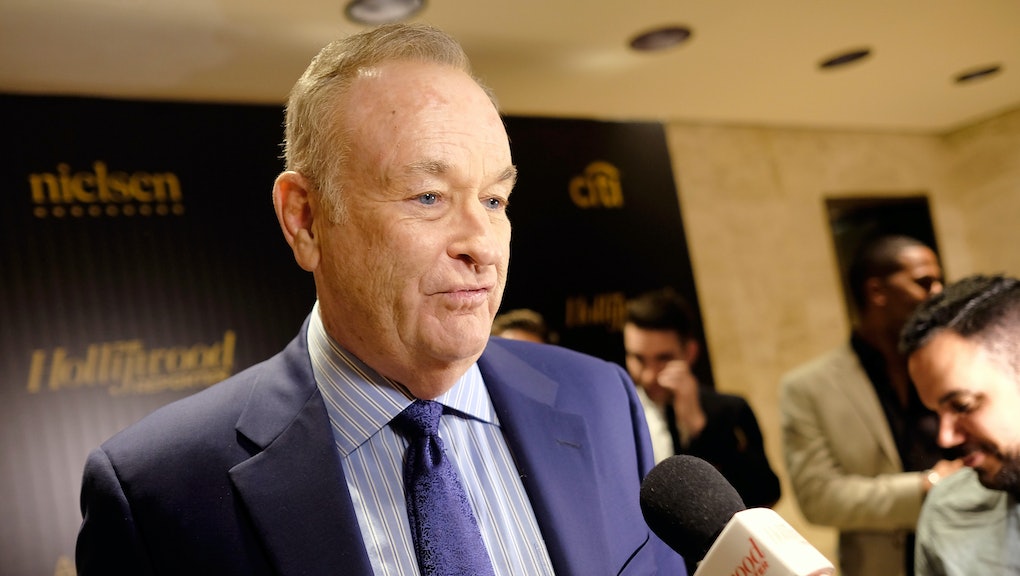 A thorough public shaming can be remarkably effective. According to CNN, Fox News' parent company, 21st Century Fox, is going to investigate allegations that its No. 1 host, Bill O'Reilly, has a longstanding habit of making sexually inappropriate overtures to women in the workplace.

The investigation would seem to be the direct result of an April 1 New York Times report alleging O'Reilly and Fox News had paid roughly $13 million to keep accusers quiet about complaints of sexual harassment they'd lobbed at O'Reilly. The earliest incident of settlements cited by the New York Times  occurred 15 years ago, in 2002.

Fox has taken its time investigating the accusations, but now the company is reportedly prepared to follow protocol.

"I'm told that they are taking it seriously, and they are going to do the investigation that's legally required of them," Lisa Bloom, a civil rights attorney representing one of the women named in the New York Times article, told CNN.

Bloom's client, Wendy Walsh, appeared as a guest on The O'Reilly Factor. O'Reilly had reportedly offered her a job, but reneged on his promise when she refused to accompany him to his hotel room after a 2013 dinner. On Wednesday, Walsh and Bloom called Fox's corporate hotline to file a complaint. They filmed the phone call and posted the video to YouTube for posterity.

Walsh has not filed a lawsuit, which means she can take her story public. The women who accepted settlements did so in return for their silence, but according to the New York Times, the rude behavior and verbal abuse O'Reilly allegedly directed at Walsh were characteristic of the sexual harassment suits against him.

On Monday, Fox contributor Julie Roginsky also filed a sexual harassment suit against Ailes, joining at least 20 other women who have registered similar complaints about Ailes' rapport with female employees. The Ailes allegations prompted a federal investigation of Fox News.

Although the O'Reilly report means more negative attention for Fox News, it doesn't seem to be hurting the host much. The O'Reilly Factor's ratings have spiked — and while dozens of advertisers have dropped out, several opportunistic companies have grabbed up the newly available primetime slots.