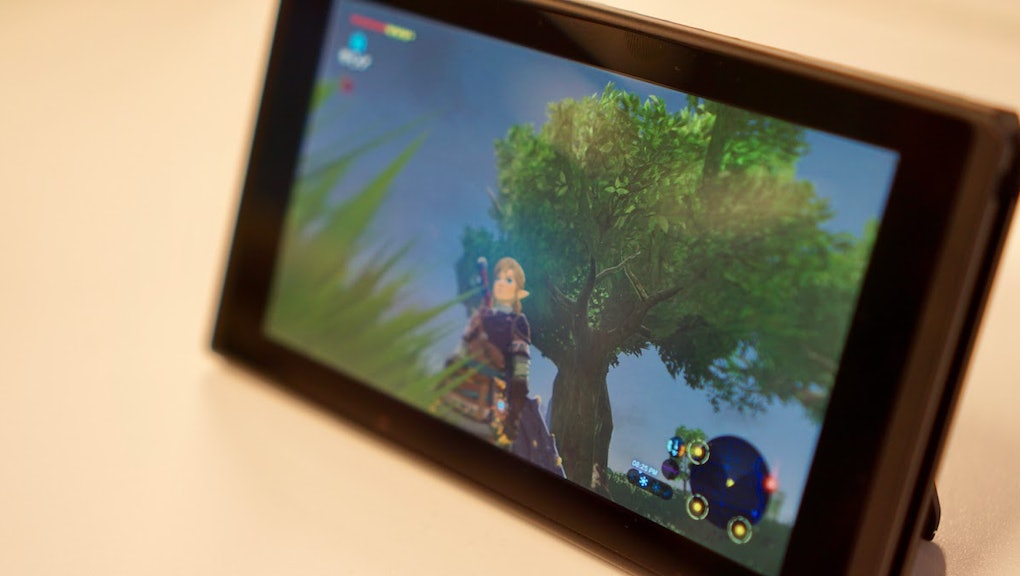 'Zelda: Breath of the Wild' glitch turns Hyrule into a creepy ghost town

The Legend of Zelda: Breath of the Wild has been out for a little over a month, and players are beginning to push Nintendo's open-world game to its limits. That includes using Link's Magnesis power to build a flying machine or taking down one of the game's toughest enemies without any weapons or armor.

However, not all Breath of the Wild hacks make the game more fun. Some are just plain spooky — like this bizarre glitch, which shows Link at his loneliest.

A video shared on Reddit by SymphonicBlade shows how you can exploit a glitch in the game to make every single character and enemy disappear. To pull it off, you'll have to start the paraglider minigame at Ridgeland Tower and then fly all the way to Hyrule Castle, sailing through the correct window to activate the final boss battle with Ganon.

As soon as you land, Ganon will appear and activate a cutscene. But before the fight can begin, the paraglider minigame will supersede the battle and transport you back to Ridgeland Tower. This is where things get weird. Because the boss battle is activated, the rest of the game is essentially paused. There are no enemies and no other characters to be seen. An energy barrier even blocks you from re-entering Hyrule Castle to finish the fight.

At this point, your best bet is to load up an older save, but in the video, the player instead decides to explore this barren version of Hyrule. Beyond all the missing minor characters and monsters, major members of the supporting cast, like Impa, are totally absent. Even the stores are empty, turning the game's usually vibrant world into a virtual ghost town.

Even Tarrey Town is abandoned.

One place where the glitch doesn't quite hold is Gerudo Town, a desert village inhabited by a race of women warriors. If Link tries to enter the town without a female disguise, the guards will materialize out of nowhere to forcibly eject you from the area. However, by the time Link can stand up and brush the sand off his tunic, the guards are gone.

Zelda: Breath of the Wild and dealing with loneliness

Watching this video instantly reminded me of another great piece of art: the haunting Garfield comic where he wakes up from a nap to find his family gone and his home abandoned.

Like Link in this Breath of the Wild glitch, Garfield is forced to grapple with loneliness in a familiar environment that feels slightly off. Eventually, Garfield is able to use "denial" to bring back his family, admitting that he's better off with them despite their many flaws.

Of course, Link's predicament is a little different. Link is a selfless hero devoted to saving the world, though Breath of the Wild does put a renewed focus on two of Garfield's favorite activities: eating and sleeping. Watching this Zelda glitch may also lead to a similar realization: As much as the enemies in Breath of the Wild may annoy you, the game wouldn't be worth playing without them.